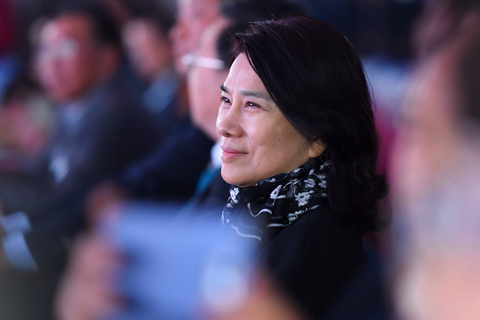 During a three-hour livestream conducted on the short video platform Kuaishou on Sunday, Dong, chairwoman and president of Gree, one of China’s top home appliance makers, managed to sell a variety of Gree-branded products worth more than 310 million yuan ($44 million), according to statistics provided by Kuaishou. The livestream gained more than 16 million views.

When sales started to hit 100 million yuan during Sunday’s livestream, Dong described it as “making a good start” and time to start “exploring ways for Gree’s more than 30,000 authorized dealers to combine online and offline channels” to boost sales.

Dong made her first e-commerce livestream on Kuaishou rival platform Douyin, known as TikTok overseas, in April. At that point the total value of sales resulting from the livestream only amounted to 220,000 yuan, partly due to technical problems.

Demand for e-commerce livestreams has increased since many of China’s merchants were forced to close their physical stores in large parts of the country since February due to Covid-19.

Since February, Kuaishou has helped more than 1 million merchants to sell goods on its platform via livestreams, according to the company.