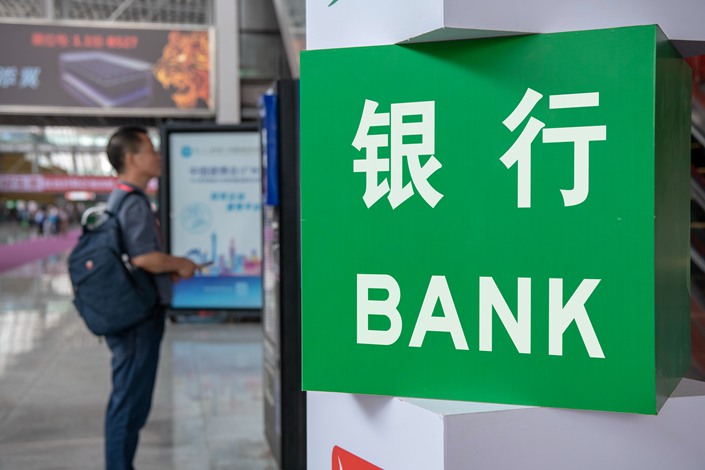 In China, licensed financial institutions, including branches and subsidiaries of commercial banks, are only allowed to operate after they obtain approval proving they are qualified.

China’s top banking regulator has urged national joint-stock commercial banks to rectify their unlicensed for-profit financial businesses outside the cities where they are headquartered, in a bid to curb financial risks stemming from rampant expansion, Caixin has learned.

The China Banking and Insurance Regulatory Commission (CBIRC) recently issued a notice reminding the country’s 12 national joint-stock commercial banks that they must rectify these unlicensed businesses. The banks’ nonlocal departments operating the businesses are required to close or merge with the banks’ branches if they cannot obtain the necessary licenses.

This is not the first time they have been told to do so. In December 2018, the CBIRC released a guideline (link in Chinese) giving banks one year to rectify such unregulated businesses. The latest notice came as some national joint-stock commercial banks didn’t comply within the deadline, sources familiar with the matter told Caixin. The latest notice said banks must properly defuse risks associated with these unlicensed businesses and properly handle personnel issues during the rectification, one source said.

In China, licensed financial institutions, including branches and subsidiaries of commercial banks, are only allowed to operate after they obtain approval proving they are qualified. But in recent years, major commercial banks have skirted regulations by setting up nonlocal departments or offices without approval.

Over 60% of the unlicensed departments of Shenzhen-based Ping An Bank Co. Ltd. in Beijing and Shanghai will be shut down or merged with the bank’s branches, people with knowledge of the matter told Caixin.

Lack of supervision over such nonlocal departments has drawn concern from regulators, who say they could pose significant risks. In January 2018, the country’s top banking regulator urged (link in Chinese) its local branches and banks to investigate or rectify the unregulated businesses.

However, regulators limit the number of licenses that a bank can apply for in any given city, the sources said, and only a tiny number of departments are qualified to apply, such as credit card and financial market departments.