By Sun Liangzi and Denise Jia 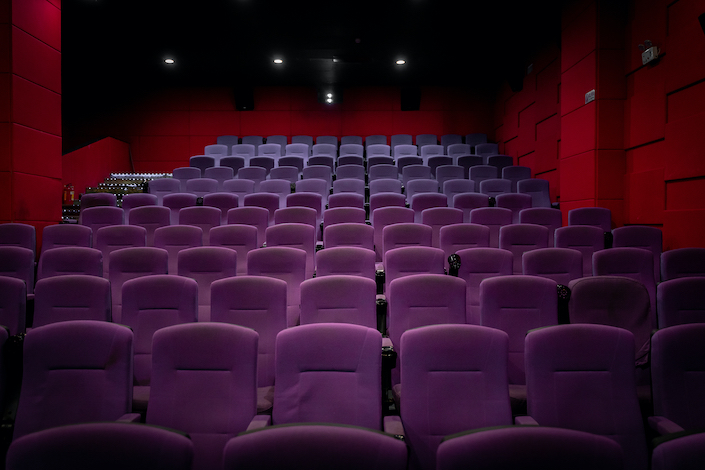 Wanda Film’s more than 600 cinemas in China have been closed since January amid the Covid-19 pandemic. Photo: VCG

Wanda Film Holding, China’s biggest movie theater operator controlled by billionaire Wang Jianlin, was questioned again by the stock exchange on its asset impairment and liquidity after it posted its first annual loss in five years as a publicly listed company.

The theatrical film business has been hammered by the Covid-19 pandemic as theaters were shuttered and production was halted.

In an inquiry letter related to the company’s 2019 financial reports — before the pandemic — the Shenzhen Stock Exchange asked Wanda to disclose information by May 18 on a 5.9 billion yuan ($834 million) provision for asset impairment and whether the company faced tight liquidity. The exchange also told the theater chain to explain why its statements on box office revenues were inconsistent.

In its annual report, Wanda Film, which operates more than 600 cinemas around the country, said its box office revenue increased 3.06% in 2019 to 9.86 billion yuan and audience visits rose 1.57% to 230 million. But in a separate statement disclosing the asset impairment, the company said the impairment reflected a sharp decrease in audience visits and box office revenue at theaters it acquired.

The stock exchange asked why Wanda Film failed to record any asset impairment earlier and told the company to disclose how it calculated the impairment and justify the large amount.

This was the second time the stock exchange questioned the theater chain’s asset impairment accounting. On Jan. 20, after the company issued a loss warning, the exchange inquired about the large amount of asset impairment disclosed.

Wanda Film responded at the time that the theaters it acquired and its advertisement business suffered losses as the industry reached a turning point. Company Vice President Zeng Maojun told Caixin that the company chose a large, one-time write-down because gradual charge-offs had a worse impact on the market.

Despite losses at its theaters, Wanda Film didn’t slow its investment in movie and television production in 2019. The company increased advance payments for such investments and for purchases of studio equipment by 43% to 1.2 billion yuan. Meanwhile, the company didn’t take any impairment charges on its inventory goods, including movies and TV series.

In 2019, Wanda Film had 2.15 billion yuan of inventory, an increase of 72% from the previous year. The company said in its annual report that the increase was mainly due to a rise in production costs.

The exchange asked the company to explain the inventory increase in detail, including the content of the movies and TV series, investment amounts and expected release dates.

Wanda Film reported a 250% plunge in profits and 70% year-on-year drop in revenue for the first quarter amid China’s lockdown during the Covid-19 pandemic. All of Wanda’s theaters have been closed since January as it awaits a reopening green light from regulators.

The company has said it plans to raise as much as 4.35 billion yuan by issuing more shares to pay down debt and build new theaters.