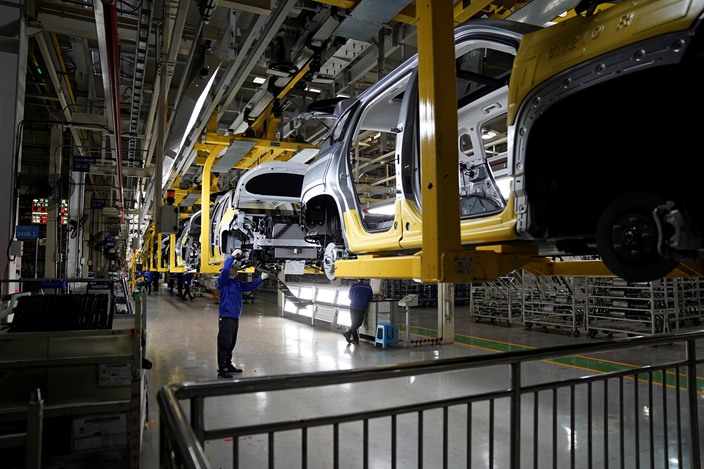 The impact of the Covid-19 pandemic on China’s automobile industry will probably last until the end of the first half, Bosch China’s president Chen Yudong told the company’s annual press meeting Thursday.

He warned that July auto sales data would more accurately reflect the state of the domestic car market.

The coronavirus all but froze China’s auto sector when the virus outbreak started in late January, but most carmakers have now resumed production as the pandemic within China has been brought largely under control.

Data (link in Chinese) released by the China Association of Automobile Manufacturers (CAAM) on Monday showed that car sales in China rose 4.4% year-on-year in April to 2.1 million units, ending a 21-month decline.

Chen, however, doesn’t see the April data as being the best indicator of the sector’s development in coming months. He believes the rebound in car sales was due to a release of suppressed first quarter demand.

Chen said it was difficult to predict the whole-year performance of the auto industry, as the supply chain in China is still taking hits from ongoing virus surges in Western countries.

The negative impact on domestic supply chains is expected to wane as other markets outside China gradually resume, and the real weathervane trend will likely emerge in July, he said.

“Hopefully (the market then) won’t be too bad. It would be good enough if carmakers can recover a majority of their production capacity in the second half,” Chen added.

CAAM also predicted in a press conference on Monday that domestic auto sales would fall 15% for the full year in the best-case scenario, and by 25% in the worst case.

Bosch, the world’s largest car component maker, reported 80.8 billion yuan ($11.3 billion) in China sales in 2019 for its car-related business, a 4.4% drop compared to the previous year, according to data released Thursday by the company.