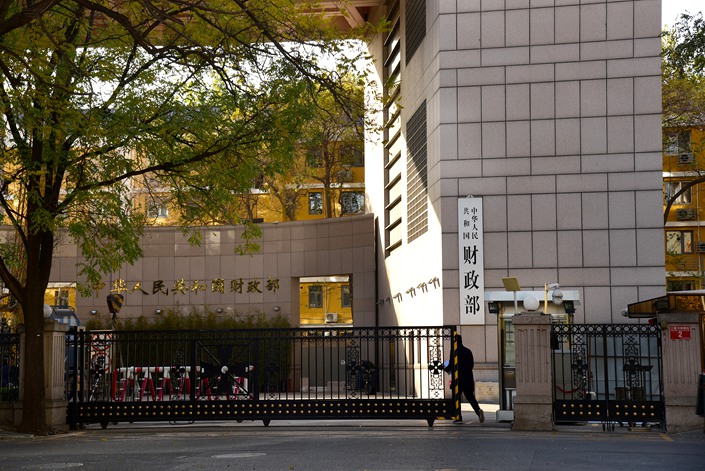 The reform may not do all it is hoped to, as it is quite difficult for finance authorities to manage financial SOEs at a large scale, some industry insiders said.

It is one thing for China to make policies to manage its trillions of dollars of state-owned financial assets, but it is quite another to implement those policies and let them play their part.

The 2018 policy explicitly put the Ministry of Finance, an equivalent of the U.S. Department of the Treasury, and its local counterparts at the core of managing financial state-owned enterprises (SOEs), which had been long overseen by various government bodies.

Several top leaders at the State Council, China’s cabinet, with work experience at the finance ministry lobbied hard for the 2018 policy and for the March regulations to be rolled out, sources with knowledge of the matter told Caixin.

The policy aims to better manage regulatory responsibilities now scattered among different government organs, and improve operational efficiency of financial SOEs. However, some have voiced concerns about thorny issues in policy implementation: There may be too many financial SOEs for the finance authorities to manage, and the authorities will still lack power over personnel decisions, and probably confront conflicts between their roles as regulators and as managers.

While most centrally administered financial SOEs are controlled by either the finance ministry or Central Huijin Investment Ltd., an investment firm funded by the ministry, their local counterparts are generally controlled by local finance departments or state-owned asset watchdogs.

The finance authorities are likely becoming the largest decision maker in the sector. The March regulations stipulate that they should strengthen supervision of state-owned financial assets, chiefly by unifying management of the capital that the state contributes to financial institutions, as well as corresponding rights and interests.

The reform aims to avoid inconsistencies in different organizations’ supervision and management of financial SOEs, as well as regulatory overlap or omission, a finance ministry official told Caixin.

However, this reform may not do all it is hoped to, as it is quite difficult for finance authorities to manage financial SOEs at a large scale, some industry insiders said.

The new regulations cover not only sovereign wealth funds and licensed financial institutions, such as banks and insurers, but also financial holding companies and organizations operating financial infrastructure, like stock exchanges and bond clearinghouses. State-backed funds investing in projects under national strategies, including the ambitious Belt and Road infrastructure initiative, are also subject to the regulations, the finance ministry source said.

The 2018 policy nominally empowered finance authorities to appoint financial SOE managers, but such personnel decisions could be one of the thorniest issues, as the authorities do not have control over them in practice.

The Organization Department of the ruling Communist Party’s central committee, which is in charge of selecting senior government officials, appoints the key executives for centrally administered financial SOEs. Likewise, its provincial-level counterparts decide on core personnel changes for many local financial SOEs.

“No matter at what level, the sense of existence of the finance departments is rarely felt,” a person at a local branch of the country’s central bank said.

The Financial Stability and Development Committee, a cabinet-level cross-agency body that oversees the sprawling financial sector, also supervises financial firms including state-owned ones, and has the power to hold them accountable for any misconduct, so there is not much room for the finance authorities to manage this sector, the person said.

“In the end, the finance ministry is likely to (only) act as a financial manager, in other words, a bookkeeper,” a state-owned asset regulator said.

The March regulations stipulate that finance authorities can either directly manage state-owned financial capital or delegate the power to other government departments or companies.

That means the central bank and the country’s top banking and securities regulators will continue to supervise companies they have long overseen, but they will be defined as “trustees” according to the new regulations, regulatory sources said.

Whether the finance authorities can supervise themselves in the same way that they oversee trustees and hold themselves responsible for dereliction of duty is another tricky issue, the sources commented.

Some gave the finance ministry’s poor management of China Huarong Asset Management Co. Ltd. as an example. One of the country’s four state-owned national bad-debt managers controlled by the ministry, the scandal-ridden company underwent a radical transformation under the tenure of former Chairman Lai Xiaomin, who fell under a graft investigation in 2018.

“Huarong’s projects that have posted huge losses were all approved by the finance ministry, and the directors that the ministry dispatched to the company also agreed to these risky projects at board meetings,” a Huarong employee said. Now some wonder whether and how the ministry will hold these directors accountable.

Fundamental issues, such as the positioning and responsibilities of the finance ministry acting as a core manager of state-owned financial capital, need further clarification, multiple financiers and regulators said.

“The key is that government departments should not take everything into their own hands,” Li said.