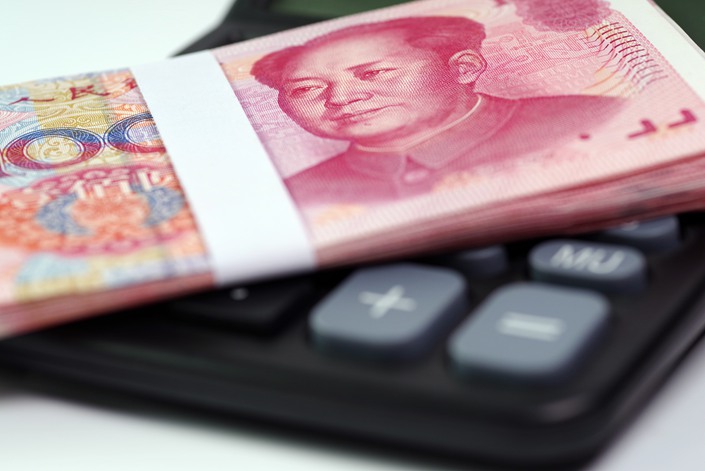 The law of the People’s Bank of China stipulates that the central bank must not permit fiscal overspending and must not directly pledge to buy or underwrite national debt or the debts of other governments.

After a months-long postponement due to the coronavirus outbreak, later this week China will finally convene key national political meetings known as the “Two Sessions.” As the conferences approach, scholars have once again begun to debate whether China should promote the monetization of its fiscal deficit.

While some conditionally approve of this suggestion, more scholars have clearly expressed their opposition to it. We fall into the latter camp. Instead of monetizing the deficit, we should strengthen the independence of Chinese monetary policy. Even at a time when the Covid-19 pandemic remains serious, the country mustn’t ease up on financial discipline.

Deficit monetization is certainly not a new phenomenon. Many countries have tried it in the past, especially since the emergence of credit money. Its shortcomings are well-documented: Monetization can easily spark inflation and endanger national credit. Both China and other countries have learned these lessons the hard way.

The current debate revolves around deficit monetization in the narrow sense, namely China’s central bank buying national debt from primary markets in order to help fiscal departments raise capital and make up the deficit. From there, the central bank will release more money and realize credit expansion.

No matter how we tinker with the specific techniques and details of this mechanism, its substance remains unchanged: It sacrifices China’s independent monetary policy and destroys financial discipline.

The emergence of stagflation in the 1970s pushed major economies to give more autonomy to monetary policy in order to encourage fiscal restraint. Since the global financial crisis, many countries have embraced quantitative easing (QE) policies. The U.S. Federal Reserve has responded to the Covid-19 pandemic with a policy of unlimited QE, directly buying up national debt, commercial bills and securities.

Extraordinary monetary policy is becoming the new normal. The recent discussions in China about fiscal deficit monetization are not unrelated to that. But some experts say the Fed’s can only take such action because the dollar is the world’s No. 1 currency and other economies can’t compete with it.

As China faces up to the severe economic impact of Covid-19, advocates for deficit monetization hope that fiscal and monetary policy can “truly coordinate and cooperate, and join forces.”

Although this is a good starting point, there is little basis for the oft-cited argument that deficit monetization doesn’t cause inflation, doesn’t create asset bubbles, and can actually provide space for fiscal policy. Supporters of the practice have all more or less absorbed the influence of voguish so-called modern monetary theory. Yet that theory is highly controversial and sets many restrictive conditions. Responsible macroeconomic policymakers shouldn’t act so rashly.

The most regrettable thing amid the current discussions is the lax attitude toward financial discipline from deficit monetization’s advocates, supporters and even some opponents.

The law of the People’s Bank of China stipulates that the central bank must not permit fiscal overspending and must not directly pledge to buy or underwrite national debt or the debts of other governments. That law didn’t just come from nowhere; it’s the result of lessons learned at the outset of China’s reform and opening.

As a rising power going through a transition, China’s systems and frameworks for macroeconomic adjustment and control are not as robust as those of developed market economies. We still need to strengthen our independent monetary policy, but if financial discipline becomes too lax, the problem of local government debt will get out of control.

Advocates for deficit monetization believe that under special circumstances the law can authorize the practice or be amended — a far too cavalier approach. The only reason why some of these people oppose deficit monetization is because they believe Chinese economic policy leaves enough room for growth and there is no need to resort to extreme measures.

But their airy attitude toward financial discipline and the rule of law is obvious. This kind of thinking may appear flexible and pragmatic, but in fact it’s pure opportunism — picking a way through our current problems without considering the lasting consequences.

In recent years, China has found it increasingly difficult to increase its fiscal and tax revenues. The coronavirus outbreak has only made it harder. The next two or three years will see a peak in local governments paying down their debt. It’s worth asking: If we start monetizing the fiscal deficit, where will we stop?

Opposing deficit monetization is not placing dogma above realism. In the last few years, China has seen a lot of downward pressure on the economy. The central government has made efforts to cut taxes and fees, and fiscal revenues have slowed. But fiscal expenditure has remained rigid, and governments at all levels have had to tighten their belts.

The Covid-19 pandemic has worsened the decline in fiscal receipts. Indeed, a major question that finance departments are currently asking themselves is, “Just where is the money going to come from?”

Recently, China’s finance minister, Liu Kun, wrote an article saying that the country must act more proactively on fiscal policy in 2020. He suggested a number of specific policies, like making a suitable rise to the deficit ratio, issuing so-called coronavirus special treasury bonds, increasing the amount of special bonds held by local governments, and consolidating and expanding the effects of tax and fees cuts.

This shows that China has a number of options at its disposal. Although the government has not yet announced the scale, use, or issuance of the special treasury bonds, our basic principle should be to prevent the central bank from paying off the deficit check.

In recent years, debate has frequently raged in China about how the country should coordinate monetary policy with fiscal policy, and better carry out individual responsibilities. Differences have emerged between those responsible for fiscal and monetary affairs.

The current conversations about fiscal deficit monetization can be seen as an extension of those debates. Yet the fact that many experts who previously worked in the financial system have clearly stated their opposition to the proposal shows a spirit of independence can banish more short-sighted views. Lou Jiwei, the head of the Society of Public Finance of China, recently said he disapproved of the central bank directly purchasing government debt. For him, the most important thing is structural forms, particularly to labor, land, capital, technology and data — a position with which we wholeheartedly agree.

Fiscal policy and monetary policy are the two wings of macroeconomic control. It stands to reason that they should work in tandem. But throwing out restraining mechanisms and forcing the latter to follow the former will only harm the national credibility they share.

China is on the road to improving the problems of inefficient monetary policy that have plagued the country for years. But there are no signs that fiscal policy is moving in the same direction. Under current circumstances, it is of no value to demand money for fiscal overspending.

Instead, our most pressing fiscal policy concern is to offer targeted relief for the individuals and small-to-midsized businesses affected by the epidemic. Reviving the economy is important, but we mustn’t sacrifice financial discipline to achieve it.