WHO Director Warns Against Reopening Economies Too Soon 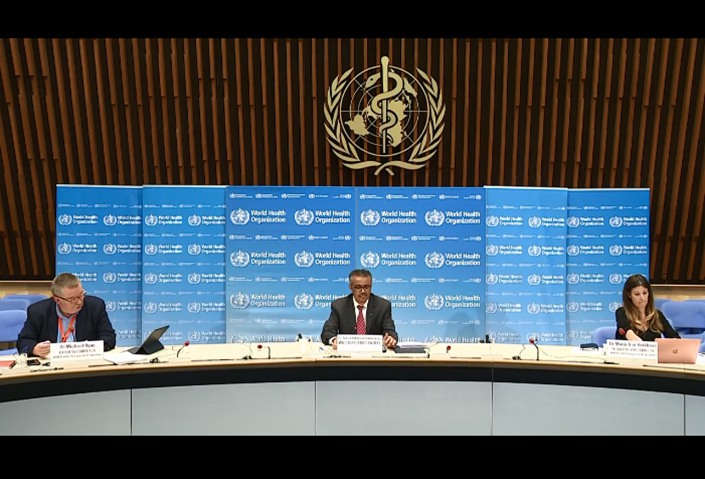 The World Health Organization (WHO) has convened its first ever virtual World Health Assembly (WHA), at which its director cautioned member countries against resuming work too soon amid the Covid-19 pandemic and world leaders asked for future vaccines for the virus to be made widely available and affordable.

“We have called for equitable access to vaccines, diagnostics and therapeutics,” WHO Director-General Tedros Adhanom Ghebreyesus said in his opening remarks for the 73rd annual assembly.

He added that countries run the risk of derailing their recovery if they move too fast to reopen their economies without putting in place the public health architecture to detect and suppress transmission of Covid-19.

“Even in the worst-affected regions, the proportion of the population with the tell-tale antibodies is no more than 20%, and in most places, less than 10%,” Tedros said, explaining that most of the world’s population remains susceptible to the virus.

The assembly usually brings together representatives from the WHO’s 194 member states to discuss various health issues in Geneva, Switzerland, though this year officials have eschewed in-person meetings in light of the worst pandemic in living memory.

A resolution to broaden access to preventive measures and treatments for the coronavirus, jointly proposed by some 120 nations including China, was presented at the assembly and is expected to be agreed upon by representatives.

According to Chinese Ministry of Foreign Affairs spokesperson Zhao Lijian, the resolution — which also mentions curbing discrimination, stigmatization and misinformation — is in line with China’s interests.

Portions of the resolution echoed an open letter published last week that was signed by more than 150 current and former world leaders, economists and health experts calling for a “people’s vaccine.” It said that member states should use existing international public health agreements to ensure that prevention, tests and treatments would be provided free of charge to all people around the world, and that technologies be shared.

Yet Anna Marriott, health policy manager at poverty alleviation nonprofit Oxfam, whose executives are among the signatories, said Monday’s near-final draft of the WHA agreement left much to be desired.

“Health Ministers have … kick started a process that should help increase global manufacturing and distribution capacity. Yet, they have done nothing to compel the pharmaceutical industry to pool patents so that any nation with the means can quickly manufacture or import affordable vaccines, treatments and tests,” she said in a Monday statement.