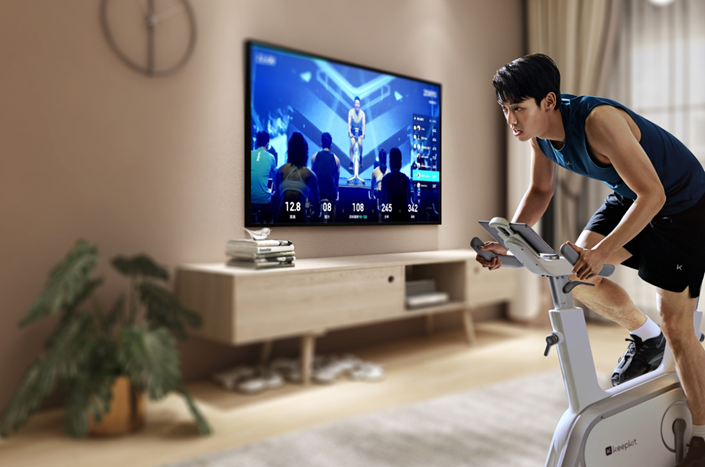 “We always believe that China’s unbridled demands [for fitness] – driven by some 360 million fitness enthusiasts– would breed new-style sports brands that can leverage data and technology to satisfy such demands from new-generation youngsters,” said GGV Capital principal Li Haojun in a post on GGV’s WeChat official account. “Led by [the company founder and CEO] Wang Ning and his team, Keep is undoubtedly a leading player in the field,” said Li.

Established in 2014, Keep operates an eponymous mobile app that provides online video training courses and social networking capabilities for users to share their workout progress and follow updates by others.

Besides its “Keepland” offline gyms launched last March, the startup develops and sells self-branded sports products such as sportswear, meal replacements and treadmills through its app and online e-commerce websites such as Alibaba’s Tmall.

Keep has developed more than 1,200 video training courses spanning bodybuilding, yoga, gymnastics, as well as warm-up and stretches for running, among others. Apart from self-developed courses, the mobile app also carries professional user-generated content (PUGC) from over 2,200 sports professionals.

The company, which now serves over 200 million users, claimed its online business recorded a year-on-year revenue growth of 286% in 2019, while its offline offerings registered a 300% gain.

Proceeds from its latest financing will be used to expand and improve Keep’s fitness offerings. The company also plans to scale up cooperation with sports professionals to deliver PUGC courses and to increase offerings on the English version of its app.

The series E round represents the seventh funding round raised by Keep in the last six years and brings its aggregate fundraising amount to $267 million. In July 2018, the company secured $127 million in a series D round led by Goldman Sachs, with participation from Tencent, GGV Capital, Morningside Venture Capital, and BAI. Global early-stage venture capital fund Ventech China and China-based BW Ventures are among Keep’s early investors.