By Sun Liangzi and Isabelle Li 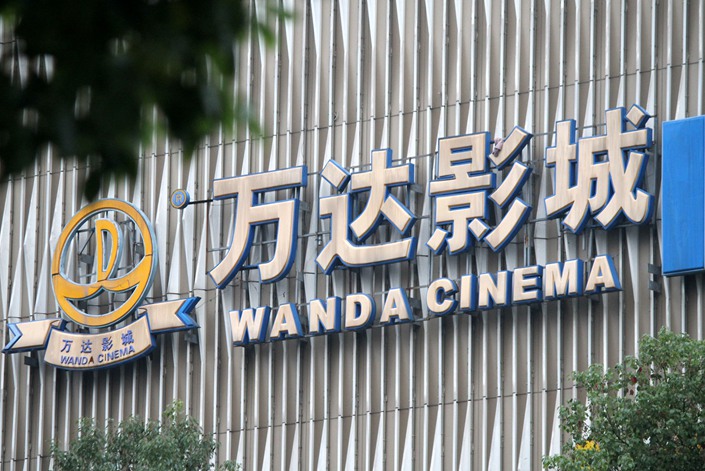 In January, Wanda Film Vice President Zeng Maojun said in a Caixin interview that the company chose to report a large, one-off write-down because it played better with stock investors.

Wanda Film Holding Co. Ltd. has defended the large write-downs it made to the value of some of its assets last year after the Shenzhen Stock Exchange questioned the cinema chain operator about issues in its 2019 annual report.

The dispute began after Wanda Film released the report on April 21, in which it claimed a 4.7 billion yuan ($676.2 million) net loss on revenue of 15.4 billion yuan. It was the company’s first annual loss in five years.

The company explained that the loss was due to a 5.6 billion yuan goodwill impairment, including a large asset impairment on the movie theaters it acquired between 2014 and 2018. In effect, Wanda Film declared that the value of those theaters had fallen by 2.3 billion yuan.

The Shenzhen Stock Exchange had questions about this impairment and asked Wanda Film, which operates more than 600 movie theaters around the country, to hand over additional information by May 18.

On Monday evening, Wanda Film responded that it had acquired the movie theaters in question before 2018, when the film industry was growing. However, a slowdown in the domestic economy and setbacks in the industry the following year led to a falloff in box office revenue. That made the theaters less valuable, hence the write-down, Wanda Film said.

Wanda also noted that the value of its advertisement business fell by about 1.2 billion yuan, while Mtime.com, a movie information website it acquired in 2016, slumped in valuation by nearly 2 billion yuan.

Wanda Film replied Monday that the overall growth in its annual results represented all its cinemas, whereas the drops it referred to in its impairment statement only pertained to the theater chains it acquired. It denied any false reporting in its disclosures.

The exchange further questioned whether Wanda Film had enough cash and credit at its disposal to keep up on its debts and continue paying its bills. At the end of 2019, the company had 2.46 billion yuan in cash and 3.46 billion yuan of short-term debt, about 1.1 billion yuan of which was due within a year.

Wanda replied that it had about 315 million yuan expected to come in as accounts receivable, which would ensure it ability to pay its debts in the short term. It also noted that in April, it disclosed plans to raise as much as 4.35 billion yuan to boost its liquidity, pay down debt and build new theaters.

In January, Wanda Film Vice President Zeng Maojun said in an interview (link in Chinese) with Caixin that the company chose to report a large, one-off write-down because it played better with stock investors.

This year has also been tough for the company. It lost 600 million yuan in the first quarter as its revenue plunged 70% year-on-year after measures to contain the Covid-19 pandemic forced it in January to shut down every one of its theaters in the country, according to its latest quarterly financial statement. Like others in the cinema business, it’s still waiting for the government to give it the green light to reopen them.