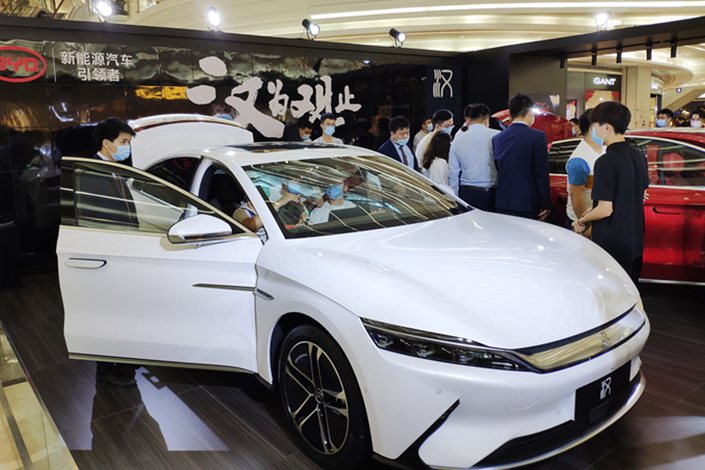 The China Association of Automotive Manufacturers predicts that sales are likely to drop by up to 25% in 2020.

Carmakers attending the annual meeting of China’s top legislature have suggested the government do more to support their beleaguered industry, be it through tax cuts, tax reforms or loosening restrictions on car purchases.

The country’s car market has already seen growth come to a grinding halt in recent years, and sales are expected to go into reverse in 2020 with the impact of Covid-19. The China Association of Automotive Manufacturers (CAAM) predicts that sales are likely to drop by up to 25% in 2020.

Chen Hong, chairman of state-owned SAIC Motor Corp. Ltd., the country’s largest carmaker, proposed to the National People’s Congress (NPC) that restrictions on the number of license plates be scrapped. Quotas on the number of license plates available are enforced in six cities including Beijing and Shanghai, plus South China’s Hainan province, and can lead to people waiting for months or even years to get the plate needed to put a car on the road.

The restrictions, which aim to relieve the country’s chronic traffic and air pollution problems, have already been eased everywhere but Beijing until the end of the year.

Zeng Qinghong, chairman of Guangzhou Automobile Group Co. Ltd., submitted a proposal at an NPC meeting that called for taxes to be cut or waived for cars with engines of 1.6 liters or less.

Another suggestion on automobile taxes came from Li Shufu, chairman and founder of carmaker Geely. Li suggested that local governments should get half of car purchase tax revenue, rather than all of the money going into central government coffers. This would give the local authorities a material interest in promoting car sales, said Li.

CAAM has previously predicted up to 25% year-on-year drop in sales this year. Normal purchasing may not be enough to pull the industry out of a deep depression, and more stimulus should be carried out to prop up China’s auto market, said Shi.