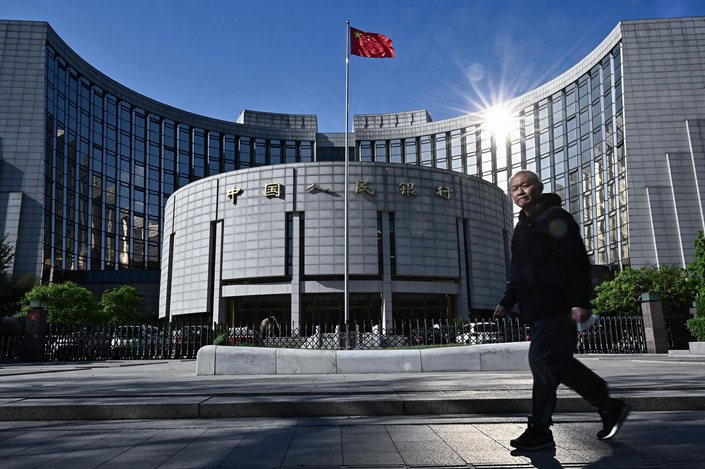 A pedestrian walks past the People’s Bank of China in Beijing on April 20.

Analysts said that leaving the rate unchanged shows policymakers are weighing whether to moderate monetary policy as liquidity is relatively abundant and the economy is gradually recovering from the Covid-19 outbreak.

“Monetary policy may go back to normal in the future to maintain reasonable and abundant liquidity. It is estimated that the time of the loosest money supply (mid-April) has passed,” Zhang Jiqiang, an analyst of brokerage Huatai Securities Co. Ltd, wrote in a note (link in Chinese).

In March and April, as policy rates were cut and massive amounts of liquidity were injected into markets, financial institutions found it easy to get their hands on cheap cash. But arbitrage emerged as some companies used money raised from bond issuance to buy banks’ investment products, according to Zhang.