By Guan Cong and Flynn Murphy 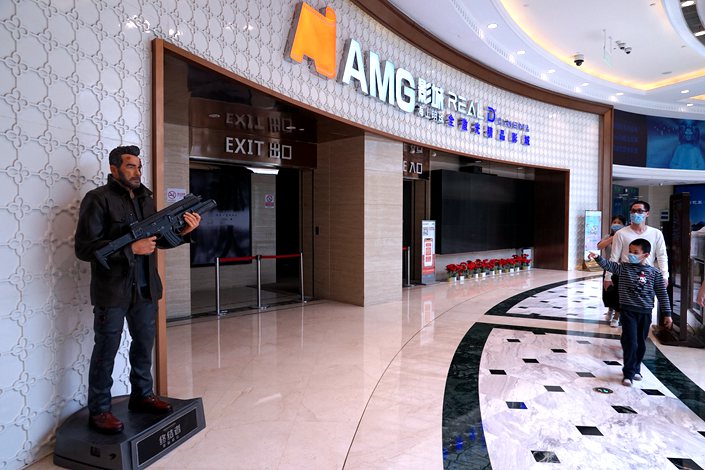 A Shanghai cinema stands closed on May 1.

Chinese audiences are clamoring to return to cinemas, a poll by online movie ticket seller Maoyan has found.

Seven in 10 people who used the site to purchase tickets last year said it would be “safe” to return to China’s cinemas in June if they reopen, but many still consider stepping out to catch a flick to be a risky activity.

Most of China’s cinemas have been shut since January when the magnitude of the Covid-19 outbreak was publicly revealed. Some resumed operations at end of February, but China’s regulator issued a blanket ban in March.

On May 8, the State Council, the nation’s cabinet, issued guidelines that cracked open the door for local governments to issue their own policies for reopening entertainment venues.

Authorities in the eastern garden city of Suzhou announced on May 13 that cinemas there could now resume business on the proviso they operated at no more than half their capacity.

Movie theatres continue to lag behind many other sectors that have resumed business, mostly due to concerns that a group of people sitting close together makes a perfect environment for new Covid-19 cluster infections to emerge.

Livesstreaming sites have been among the core beneficiaries of China’s nationwide cinema shutdown. They have reported soaring traffic even as their revenues were hit by virus-struck retailers holding back on their advertising spend.

The China Film Administration — which decides what films are released in China and when — estimates the country’s box office will lose over 30 billion yuan ($4.3 billion) this year.

Entertainment has been among the slowest sectors to recover from the coronavirus epidemic which began in Wuhan and has spread across the world, infecting more than 6 million people and killing more than 370,000.

China is still recording coronavirus cases of unknown origin but is believed to have brought its outbreak more or less under control.