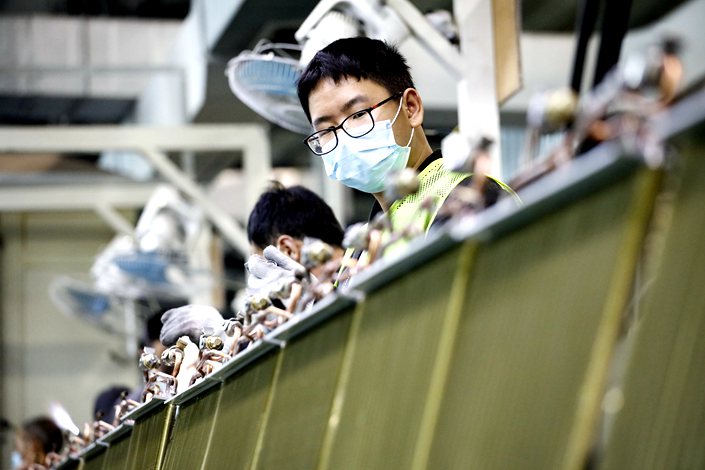 Guangdong-based TCL Tech was once a leader in China’s consumer electronics market, selling everything from washing machines and TVs to smartphones.

Electronics giant TCL Technology Group Corp has announced plans to acquire an additional 40% stake, worth about 4.2 billion yuan ($588.8 million), in a Wuhan-based display panel manufacturer as it consolidates control of the company.

The acquisition will be funded with cash as well as by issuing new shares and bonds, according to the statement. After the investment, TCL Tech’s total stake in Wuhan CSOT will rise to 85.5%.

Guangdong-based TCL Tech was once a leader in China’s consumer electronics market, selling everything from washing machines and TVs to smartphones.

However, it has been forced to shift gear as its sprawling consumer business has gone into steady decline in recent years amid fierce competition.

Early this year, the company announced it would change its name from TCL Corp. on the back of a business restructuring the previous year to become more specialized in semiconductor display panels and materials.

Founded in 2014, Wuhan CSOT specializes in making display panels for smartphones and notebook computers. One of its major liquid crystal display (LCD) projects based in Wuhan had monthly production capacity of 50,000 units as of the end of 2019.

The additional investment into Wuhan CSOT will “accelerate TCL Tech’s development in the semiconductor display panel industry,” according to the Friday statement.

TCL Tech currently makes most of its revenue from selling display panels, with the business segment growing 23% to 34 billion yuan last year.

However, the industry is also fiercely competitive and TCL Tech’s rivals include BOE Technology Group and Tianma Microelectronics Co. Ltd.

Separately, TCL Tech also announced on Friday that it would raise up to 2.6 billion yuan from three Guangdong-based investment companies by issuing new shares and convertible bonds.

In addition to paying for the Wuhan CSOT deal, the money will be used to boost the company’s cash reserve, the statement said.