Trending in China: Getting Rich Quick by Investing in Street Vendors 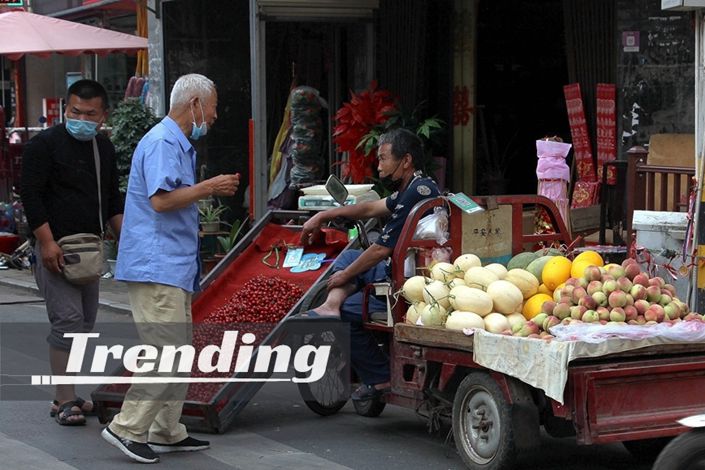 Shares in Hong Kong-listed SAIC-GM-Wuling Automobile (SGMW) were up as much as 120% during Wednesday’s trading session as Wuling microvans became the new coveted asset for would-be street vendors feeling warm vibes from the government.

Premier Li Keqiang on Monday gave his public support of the country’s “vendor economy,” as a way to address urban unemployment and revitalize the economy in the wake of Covid-19 downturn, after years of regulations that have seen many street vendors disappear from city streets. The day after the premier’s comments, Wuling Motors announced that it would “start selling a new model cargo van — officially a mainstay of the market economy!”

The announcement led to a jump of more than 50% in the stock price of the affordable van company Tuesday. The share prices of other companies seen to benefit from a rise in street hawking, such as Zhejiang China Commodities City Group Co. Ltd., which operates the world’s largest small commodities wholesale market, and Yindu Kitchen Equipment Co. Ltd., a maker of commercial kitchen and dining equipment, both rose by the 10% daily limit.

The “vendor economy” has been trending with many people talking about their love for street culture, how important it is for the economy, but also joking about how it might be more profitable to be a street vendor now than in any other line of work. Posts about Wuling’s share price had 3 million posts alone. One Weibo user clearly thought not everyone had got the message, writing alongside the trending hashtag — city police have called me to clear away my stall, “I can’t believe it. Vendors are also part of the scenery of the city now.”

Beijing Real Estate Boss Dai seemed to think everyone should now do their business on the street, posting photoshopped images of the usually despised city police calling to invite vendors to set up a stall, a lawyer selling his services on a mat, and a bike advertising credit, funds, and financial advice.