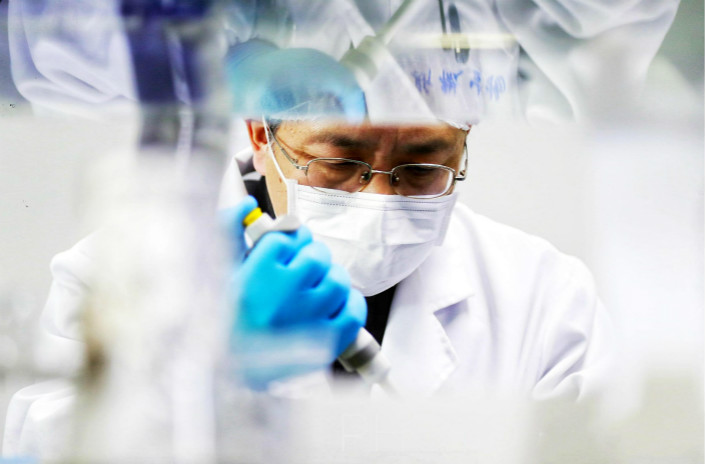 Governments and organizations on Thursday pledged $8.8 billion to a global vaccine initiative partly supported by the Gates Foundation, at a conference the United States did not attend.

The funds were raised at the Global Vaccine Summit in the U.K. and will go toward developing, procuring and distributing a vaccine for Covid-19, which has so far infected more than 6.6 million people and killed over 389,000 worldwide, according to a tally by Johns Hopkins University.

Some of the money will also finance an additional effort by the alliance, Gavi, to immunize some 300 million children against infectious diseases over the next five years.

China pledged $20 million at the summit, state media reported. In a speech conducted via video link, Premier Li Keqiang said China was willing to encourage the country’s research and development organizations and vaccine producers to further coordinate with Gavi and support the use of vaccines amid the Covid-19 crisis.

China will support multicenter clinical trials of Covid-19 vaccines and aim to bring a “safe, efficient and shareable” product onto the market as soon as possible, Li said, adding that the East Asian nation will also make the vaccine “accessible and affordable in developing countries.”

Gavi said 32 governments as well as 12 foundations, corporations and organizations had made donations at the summit. The Bill & Melinda Gates Foundation, which helped to found Gavi in 2000, pledged $1.6 billion.

“When Covid-19 vaccines are ready, this funding and global coordination will ensure that people all over the world will be able to access them,” said Bill Gates, the foundation’s co-chair.

“If the current pandemic has reminded us of anything, it’s the importance of vaccinating against deadly diseases,” he added.

British Prime Minister Boris Johnson, who recently recovered from a life-threatening bout of Covid-19 and hosted the summit virtually, said in his closing speech that the world needed a NATO-like international alliance for surveillance and information sharing to “underpin a global alert system so we can rapidly identify any future outbreak.”

European Union diplomats told Reuters that the U.S., which has the world’s highest Covid-19 caseload, would not be participating in the summit. An unnamed senior American official declined to give Reuters a reason for the absence.

U.S. President Donald Trump said last week he planned to cut off American funding to the World Health Organization (WHO) for being too close to China. The U.S. has historically been the organization’s biggest donor.

Top American health officials indicated Thursday that they continue to maintain close ties with the WHO, Bloomberg reported.

Gates Foundation CEO Mark Suzman told Caixin in an April interview that the U.S.-based philanthropic organization was confident the Covid-19 crisis would spur “the fastest vaccine ever created in human history.”