By Lin Yunshi and Han Wei 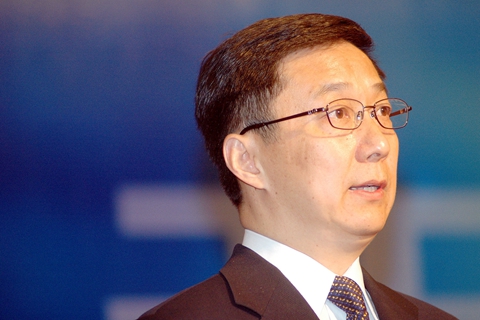 China unveiled the leadership lineup of a top central government body in charge of Hong Kong and Macao affairs as Beijing pushes forward a new security resolution on Hong Kong.

The deputy chairmen of the leading group — Zhao Kezhi, minister of public security, and Xia Baolong, director of the State Council’s Hong Kong and Macau Affairs Office — also attended the meeting, according to Xinhua.

This was the first time the leadership lineup of the new leading group was made public. The group is China’s de facto nexus of policymaking on issues related to SARs. It was elevated and renamed this year from the previous Central Coordination Group for Hong Kong and Macau Affairs, which debuted in 2003 in charge of supervising and coordinating Beijing's policy on the territories.

The new leading group stepped into the spotlight after China’s legislature, the National People’s Congress (NPC), approved a national security resolution on Hong Kong last week at the annual gathering.

The resolution requires Hong Kong to quickly complete national security legislation under its mini-constitution, the Basic Law, in a bid to prevent national security risks in the territory and punish those responsible. It aims to establish a legal framework and an implementation mechanism that includes allowing national security bodies of the Chinese central government to set up agencies in Hong Kong.

At the Wednesday meeting, the leading group heard opinions from Hong Kong officials regarding the proposed legislation, Xinhua reported.

Han reaffirmed the central government’s stance on the "one country, two systems" policy and said the “fundamental purpose” of the new legislation is to “uphold national sovereignty, security and development interests, safeguard Hong Kong's long-term prosperity and stability,” Xinhua reported.

The law will punish only criminal acts and activities that gravely endanger national security by a very small number of people and will not affect the legitimate rights and freedoms enjoyed and exercised by Hong Kong residents, Han said.

Han, China’s vice premier since 2018, was the head of the previous Central Coordination Group in 2018. The group was headed by now-President Xi Jinping between 2007 and 2012.

Deputy Chairman Xia, who is also vice chairman of China’s top political advisory body, was named director of the State Council’s Hong Kong and Macau Affairs Office in February. Xia is the highest-ranking official appointed to head the office in 10 years.

Lu Zhenhua contributed to this story.