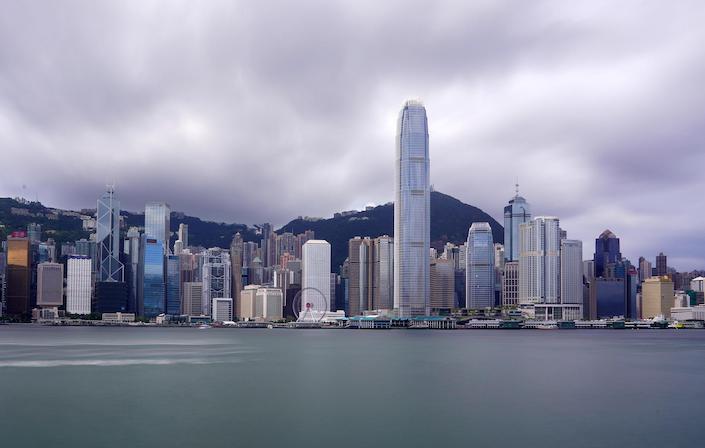 The China Banking and Insurance Regulatory Commission said no abnormal capital outflows from Hong Kong have been observed.

China’s top banking regulator issued assurances that Hong Kong’s linked exchange-rate system is stable and the city’s unique strength as an international financial center will not be weakened under Beijing’s pending new national security law for the special administrative region.

The China Banking and Insurance Regulatory Commission (CBIRC) said Thursday that Hong Kong’s role as a global financial hub will be further consolidated in the future. It was the first official response from the Beijing regulator after the Trump administration threatened last week to strip Hong Kong of its special treatment as the U.S. determined the city is no longer sufficiently autonomous from the Chinese mainland with the new law.

After U.S. President Donald Trump issued his threat May 29, Hong Kong’s central bank and financial secretary made statements assuring of the city’s monetary and financial stability. Hong Kong is capable of responding to all kinds of risks and challenges, a spokesperson from the CBIRC said Thursday at press conference.

The Hong Kong Monetary Authority (HKMA), the city’s de facto central bank, denied the rumor and assured that it has the capability, resources and determination to safeguard Hong Kong's monetary and financial stability. The free flow of capital and free convertibility of the Hong Kong dollar will continue to be safeguarded by the Basic Law of the Hong Kong Special Administrative Region, and the central bank sees no need and has no plan to change the well-established linked exchange-rate system, the HKMA said.

The Trump administration’s threat to strip Hong Kong of its special trading status would violate rules of the World Trade Organization (WTO), China’s Commerce Ministry spokesman Gao Feng said Thursday at a routine press briefing. The special trading status was recognized by all WTO members and did not depend solely on the United States, he said.