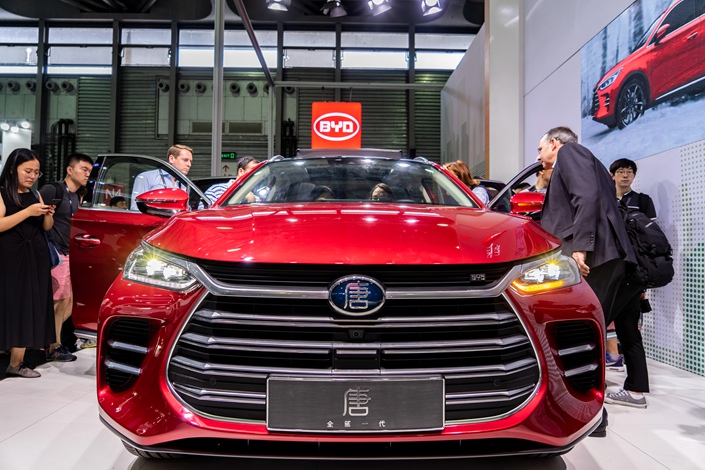 Chinese electric carmaker BYD Co. Ltd. has pledged an eightfold increase in the production of its new type of lithium iron phosphate (LFP) battery by the end of the year, in a bid to win more market share with the lower-cost cell.

LFP batteries are designed for use in new energy vehicles (NEVs). They are cheaper to make and can endure higher temperature than so-called ternary lithium batteries widely used in the industry. Tesla fits its Shanghai-built Model 3 sedans with LFPs.

BYD calls its new LFP variant a “blade battery” and claims it enables journeys of up to 600 kilometers without recharging when used in the carmaker’s Han electric car. The cells passed safety tests in March.

A BYD official said at an industry event Wednesday that the company aims to build seven more assembly lines for blade batteries this year at its factory in the southwestern Chinese city of Chongqing, bringing production capacity for the new cells to 11 gigawatt hours (GWh).

The expansion is part of BYD’s strategy to win more industrial clients by selling its battery to other vehicle brands and wrest a bigger slice of China’s fast-growing NEV battery sector from market leader Contemporary Amperex Technology Co. Ltd. (CATL).

CATL accounted for 36.8% of China’s 85.4 GWh NEV battery production last year while BYD made up just 12.5% of the total output, according to a research institute affiliated with the China Association of Automobile Manufacturers.