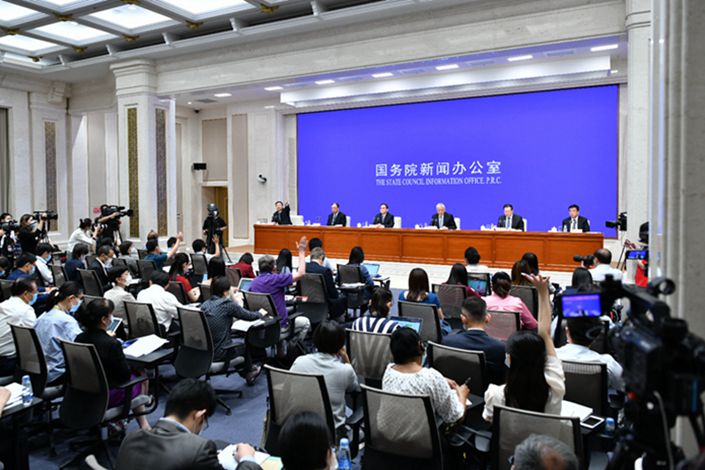 China has suspended debt repayments for 77 developing countries and regions as part of the G-20 debt relief initiative to help impoverished countries weather economic difficulties amid the coronavirus pandemic, a senior Chinese diplomat said on Sunday.

Chinese Vice Foreign Minister Ma Zhaoxu announced the measure during a press conference in Beijing, where the State Council, China’s cabinet, released a white paper on the country’s fight against Covid-19 outbreak.

Ma did not offer details, including the beneficiaries, the amount of money involved, or terms of the repayment suspension.

The announcement came after G-20 countries agreed at an April summit to freeze debt service payments until the end of the year for the world’s poorest countries hammered by Covid-19. The measure is also known as the Debt Service Suspension Initiative (DSSI).

In May, President Xi Jinping also pledged $2 billion in aid and donations over the next two years to relevant countries and multilateral organizations battling the Covid-19 pandemic. The pledged aid included a $50 million donation to the World Health Organization (WHO), according to the vice foreign minister.

When asked about an Associated Press report that accused China of delaying the release coronavirus information to the WHO, Ma Xiaowei, director of the National Health Commission (NHC), denied the allegation, saying that there is “no delay or cover-up” in the Chinese government's response to the Covid-19 outbreak. “The work of the Chinese government and Chinese scientists can stand the test of time,” Ma told reporters at the Sunday press conference.

The white paper also said: “China has always acted with openness, transparency and responsibility, and informed the international community of developments of the epidemic in a timely manner.”

“The baseless accusation that China concealed epidemic information and death figures is a calculated slur on the 1.4 billion Chinese people, including those killed by the virus, and on millions of Chinese medical workers. China categorically rejects any such accusation,” the white paper said.

Wang Zhigang, minister of science and technology, also said during the same press conference that China will make its Covid-19 vaccine “a global public good” when it is ready.

China’s top epidemiologist Zhong Nanshan said on Saturday during a livestreaming event that he believed the long-awaited coronavirus vaccine could be available for emergency use as early as this fall or by the end of the year. In total, six candidate vaccines are undergoing clinical trials in China, he added.