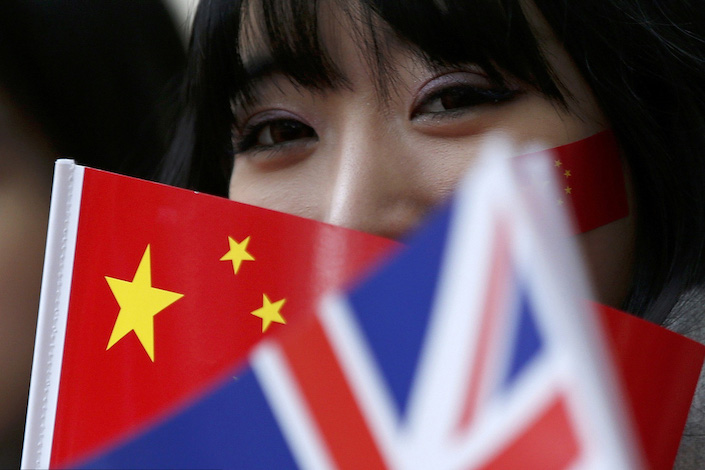 A December survey found that 48% of British companies responded positively to the idea of a U.K.-China FTA in a post-Brexit era.

The British Chamber of Commerce in China urged that the United Kingdom and China explore a free-trade agreement to help both countries recover from the coronavirus pandemic, according to a position paper issued Tuesday by the chamber.

“Cooperation … will help both countries recover from the impact of Covid-19 and address wider threats to the global economy,” the organization said in an annual policy paper. The group represents more than 800 British companies based in China.

“The need for constructive dialogue and tangible action is now more critical than ever,” the chamber said in the paper. “To achieve this, both countries must push forward with discussions on a free-trade agreement (FTA).”

But soured bilateral relations over Hong Kong may scuttle the prospects for such talks, Chinese trade experts said. British Prime Minister Boris Johnson Wednesday criticized China’s decision to draft a national security law on Hong Kong and promised British citizenship to Hong Kong residents who are holders of British National (Overseas), or BNO passports. He made the comments in an opinion article in the South China Morning Post.

A British chamber survey of members in December found that 48% of British companies responded positively to the idea of a U.K.-China FTA in a post-Brexit era.

The U.K. formally left the European Union Jan. 31, initiating a transition period during which the country still remains part of the EU customs union and single market while negotiating future ties with the 27-country bloc and the rest of the world.

Since then, the U.K. has set priorities for free-trade talks with trading partners including the United States and Japan. London is also considering joining the Asia-Pacific region’s largest free-trade bloc, the Comprehensive and Progressive Agreement for Trans-Pacific Partnership (CPTPP).

“As our second-largest non-EU trading partner, we call on the U.K. to include China among the prioritized partners with which the U.K. is negotiating an FTA,” the chamber said in its paper. The group also urged the two countries to reject trade protectionism.

“An interconnected world and open markets are crucial for supporting growth and creating new opportunities, but the past few months have demonstrated the ease with which populist and protectionist politics can disrupt international relationships and increase business risk,” the group said. “The U.K. and China must resist this urge.”

In response to a Caixin question on the possibility of a U.K.-China FTA, John Moore, chairman of the British chamber said in a video press conference that “we certainly call for active dialogue (on a U.K.-China FTA), and there is dialogue that's going on (among chamber members).”

Moore said formal negotiations between the two countries on an FTA are “not yet there in place,” but “it is something that we believe is important for the British business community.” Moore is also a Beijing-based partner at the international PR firm Brunswick Group.

Chinese trade experts threw cold water on all that, citing the tensions over Hong Kong. Shi Yinhong, a professor of international relations at Renmin University in Beijing, also told Caixin that the possibility of a U.K.-China FTA is like a tale from the “Arabian Nights.”

“The British government ruled by the Conservative Party has been on an anti-China line,” Shi said.

China will not be willing to enter trade talks if the U.K. continues to interfere in the affairs of Hong Kong, one of China’s special administrative regions, said Tu Xinquan, a professor of international trade at the University of International Business and Economics in Beijing, in an interview with Caixin.

“A precondition for talks on a free-trade agreement is a favorable bilateral relationship,” Tu said.