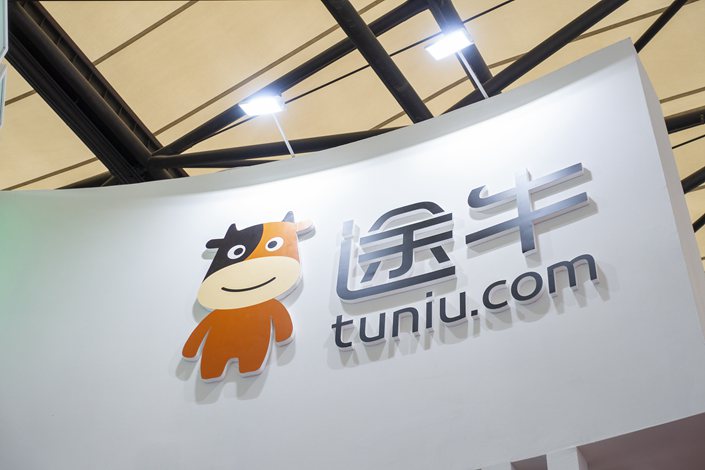 As of Wednesday, Tuniu’s share price has closed above $1 for seven straight days.

Chinese online travel agency Tuniu Corp. reported its first-quarter revenue plunged more than 61% year-on-year and predicted worse to come in the second quarter as the coronavirus epidemic has devastated the global travel market.

Nasdaq-listed Tuniu’s poor quarterly results have edged the perennially unprofitable company closer to getting delisted from the Nasdaq as its share price approaches the key $1 threshold.

For the first quarter, Tuniu’s net loss widened by 38% year-on-year to 205 million yuan ($29.5 million) on revenue of 174 million yuan, according to the earnings results the company released Wednesday before the market opened in New York. By the end of the trading day, the stock was down 6.1% to close at $1.08.

Although domestic tourism in China is recovering, the international travel market won’t return to life until at least the second half of this year, Tuniu’s founder and CEO Donald Dedun Yu said Wednesday.

Chinese airline and rail trips have picked up in recent months as officials called for business and tourism to return to normal, but daily air passenger trips were still hovering at around 60% of last year’s levels.

That’s bad news for Tuniu because overseas tour groups had contributed more than 80% of the company’s total revenues before the outbreak. The company has forecast its net revenue will plunge 86% to 96% year-on-year in the second quarter as many countries have kept their borders closed to foreign travelers.

The situation leaves Tuniu in a precarious position. The company, which has never reported an annual profit since it listed on the Nasdaq in 2014, is in danger of getting booted from the exchange. On May 18, Tuniu was notified that it could be delisted from the Nasdaq because its stock price had been below $1 a share for 30 straight trading days. To get itself back in compliance, the company was given until Dec. 28 to get its stock price above $1 for 10 consecutive days. As of Wednesday, Tuniu’s share price has closed above $1 for seven straight days. On April 9, after announcing annual financial results for 2019, the company's Chief Financial Officer Xin Yi resigned due to personal reasons. Chen Anqiang took over as the new controller.

For 2019, Tuniu reported its net loss attributed to shareholders widened by as much as 272% to nearly 700 million yuan. Its revenue grew 1.8% to 2.3 billion yuan. Qian Tong and Yang Ge contributed to this report.