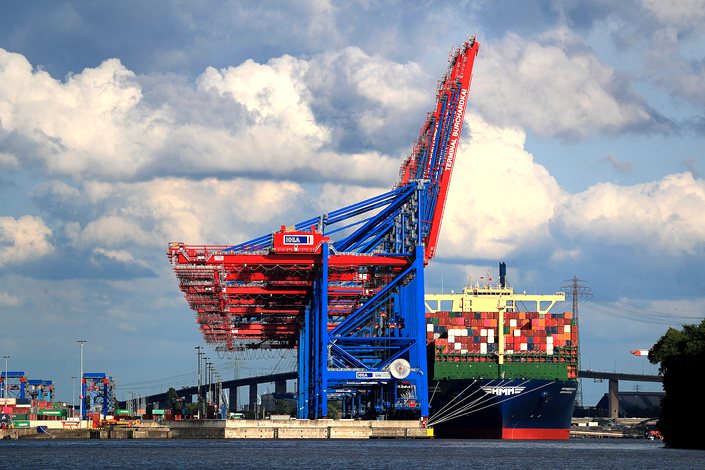 Facing at least a 10% annual decline in container volumes driven by the Covid-19 crisis, container lines have been able to pass the first test posed by the pandemic by cutting capacity enough to keep rates elevated from a year ago. Rapid consolidation that has reduced the number of major carriers from 20 to 10 in roughly five years has helped make that capacity discipline easier.

The health of container lines, which ship much of the world’s trade, matters for large and small trading companies alike, considering that the 2017 collapse of a major container line disrupted supply-chains for both retailers and manufacturers. Even though the shipping industry has passed its first so-called test, a wave of government support measures and the rising threat of overcapacity speaks to pain on the way, even if carriers have shown they’ve learned from the global financial crisis not to pull punches when it comes to cutting capacity.

“We learned the hard way,” said Rodolphe Saadé, CEO of CMA CGM, a Marseille-based major container line. “This year as an industry we have decided to take a different look at the situation and reduce capacity to match supply and demand.”

After the Chinese government extended Lunar New Year factory closures due to the outbreak of the coronavirus, container lines cut about 3% of global capacity as volumes fell 5.1%, according to maritime analyst Drewry and the Baltic and International Maritime Council (BIMCO). But the carriers moved quickly to cut capacity further once it became clear the Covid-19 pandemic had spread globally, squelching import demand, with capacity down 15% year-on-year in May, according to Drewry.

“We are not pursuing market share. We plan to grow slightly less than the market and will do what we can to preserve profitability, and I think a lot of other carriers are doing the same,” Maersk Group CEO Søren Skou said in a mid-May earnings call. The world’s largest container line reported an increase in profitability in the first quarter of 2020 even as volumes fell 3.2% from the same period in 2019.

This shift in behavior has allowed carriers to stem the initial damage. As of late May, the spot rate from Shanghai to the U.S. West Coast was nearly 30% higher than it was a year ago, while pricing from Shanghai to Northern Europe was up more than 10%, according to the Shanghai Containerized Freight Index. Following two years of more precise capacity management in the trans-Pacific trade, container lines and their shipper customers have wrapped up service contract negotiations at levels approximately equivalent to last year.

But while the container shipping industry has held the line in terms of not chasing shrinking volumes by cutting prices, the pressure from declining volumes will only become more severe as the economic damage done by the Covid-19 pandemic continues to drag on demand. Maersk said it expects global volumes to fall 20% to 25% in the second quarter, and Hapag-Lloyd is also planning for a double-digit decline.

“We see a steep decline in the course of the second quarter and expect it will run into the third quarter, then improve through Q4, with a solid recovery in 2021,” CEO Rolf Habben Jansen said in a mid-May call with investors.

IHS Markit last month downgraded its outlook for international trade volumes in 2020, forecasting a 10.1% year-over-year decline after predicting a 2.1% increase as recently as February. The revised forecast expects container volumes to rebound by 10.3% and 4.4% in 2021 and 2022, respectively, before settling into a low-single digit clip.

Beyond blanking capacity by skipping port calls on service strings, container lines have pulled back on their ship orders. Only about 1.8% of current global fleet capacity will be added this year as new vessels are delivered, a more than 1 percentage point decrease than what was planned late 2019, according to the IHS orderbook. Container capacity is set to expand 2.3% in 2021 and 3% in 2022. That suggests an improved balance between capacity and demand in the long term, but given the severity of the gap at present, the rest of the year could be rocky for some carriers.

While carriers have been able to keep spot rates up, they’re losing money “behind the scenes,” said Peter Sand, chief analyst at BIMCO. He argues the fall in the rates shipowners can lease their vessels to container lines is a better reflection of the true health of container shipping. “Charter rates falling this sharply indicate faith is totally gone, and the capacity offered by third-parties is not needed at all,” Sand said.

Encouragingly, unlike in 2017, when the South Korean government refrained from bailing out Hanjin Shipping, leading to its collapse, governments have been quick to come to the aid of both state-backed and privately-run carriers during the Covid-19 crisis.

CMA CGM on May 13 announced it had received $1.14 billion in state-guaranteed loans from the French government, improving the debt-burdened carrier’s cash flow. That comes after the South Korean government in April said it would make $382 million available to HMM as part of a $1 billion emergency package for the Korean maritime sector. Yang Ming’s board earlier this month approved a private placement of 300 million shares to raise capital, most of which the government is expected to buy up, according to maritime analyst Alphaliner. In addition to supporting Yang Ming, Taiwan’s $1 billion fund for the distressed shipping sector may also help Evergreen Line. Most recently, Singapore-based Pacific International Lines on May 26 warned of likely loan and bond defaults even as it seeks an investment bailout from the Singapore government’s investment company, Temasek Holdings.

Container lines have passed the first test in responding to the Covid-19 crisis, but how well they adjust capacity to demand will make all the difference. The industry is set to lose $800 million if carriers can maintain rates, but if they revert to old habits, injecting capacity to gain market share, those losses could balloon to $23 billion, according to Lars Jensen, CEO of Sea-Intelligence Maritime Consulting.