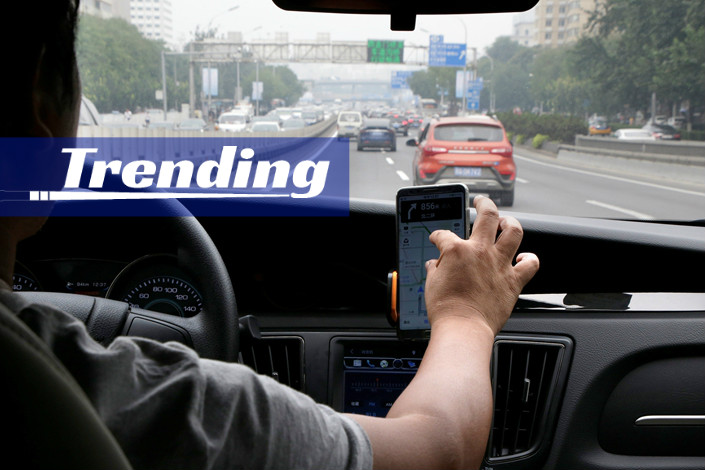 On Thursday evening, a Sina Weibo user accused an unidentified driver of live-streaming the sexual assault of a female passenger in Zhengzhou, Henan. The driver is said to be associated with Didi Chuxing, the Chinese ride-hailing giant. The Weibo user’s initial post has since received thousands of reposts and sparked widespread concern. Didi Chuxing quickly launched an investigation of the incident and notified the police.

Using the hashtag “Didi driver live-streams sexual assault,” a Weibo user urged netizens to help her spread the details of an alleged sexual assault where the victim was supposedly drugged. According to an article anonymously posted on the GitHub online platform, cited as evidence by the Weibo user, a driver who claimed to be working for Didi flirted with a female passenger, stopped driving, drugged her using a spray, and proceeded to sexually assault her. He filmed the whole process and posted the footage on an underground live-streaming platform. The anonymous source wrote that thousands of viewers paid money to watch the video. While it remains unclear whether or not the driver is actually associated with Didi Chuxing, the company is closely cooperating with local police in their investigation.

Many people have questioned the veracity of the incident. Numerous medical professionals have commented that there is no known drug that can knock a person unconscious for 10 minutes with just a few sprays. They argue that the incident seems to have been staged and people should not jump to conclusions. The Weibo user who first exposed the story is now being criticized for hastily blaming Didi Chuxing before police have the chance to confirm the driver’s identity.

Others wrote that, regardless of Didi Chuxing’s involvement or not, the police should thoroughly investigate pornographic live-streaming platforms. “It’s disgusting that there are people who are willing to pay to watch live-streams like this,” one user wrote.