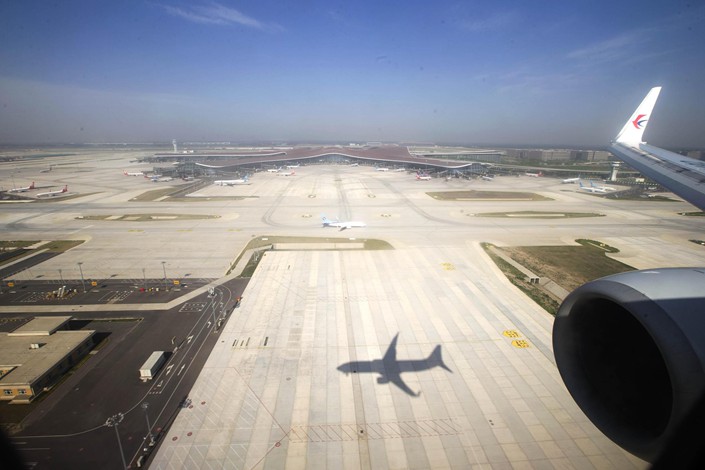 Transport in and out of Beijing has slowed significantly in the last week as the Chinese capital has stepped up movement restrictions to curb its new coronavirus outbreak.

Hundreds of flights and buses have been canceled since the 21 million-strong city reported its first new Covid-19 cases in nearly two months last Thursday. More than two dozen Chinese cities and provinces have also announced restrictions on travelers coming from Beijing since the capital’s government raised its emergency response level from three to two, the second-highest ranking, on Tuesday.

The capital announced 31 additional confirmed cases on Wednesday, bringing the total number of new cases since Thursday to 137. Some 28 districts and neighborhoods were deemed high- or medium-risk for outbreaks as of Tuesday night.

While authorities have avoided the explicit stay-home measures rolled out during the epidemic’s initial stages, they have laid out new measures that have dampened transport demand into and out of the capital.

In addition to requiring travelers entering Beijing from overseas to undergo medical observation and nucleic acid tests, the measures forbid people in high- and medium-risk areas from leaving the city. They also require people departing Beijing to obtain a document proving they have tested negative for the virus in the last seven days.

The number of flights taking off or landing at Beijing’s Capital and Daxing airports on Monday were respectively 17.7% and 7.6% lower than the same day last week, according to VariFlight.

The decline continued through Tuesday, when only 260 planes out of a scheduled 430 took off from Daxing, according to an employee of Capital Airports Holding Co., which operates the airport.

“Disease control keeps changing at the moment, so a great deal of flights out of Beijing have been canceled,” said the employee, who requested anonymity as he is not authorized to speak to the media.

While most train services continued to operate as normal, China Railway said Wednesday in a post on its official Weibo microblog that passengers who booked journeys into or out of Beijing before midnight Tuesday could refund the full cost of their tickets without paying transaction fees.

A notice (link in Chinese) posted Wednesday on a Beijing travel information website stated that the capital’s biggest transport hub, which is located in the same district as the wholesale market at the center of the new outbreak, had cancelled 107 intercity bus services until June 25.

Two other notices (links in Chinese) published this week on the same website announced new restrictions on at least four intercity bus lines running from the capital’s two main airports.