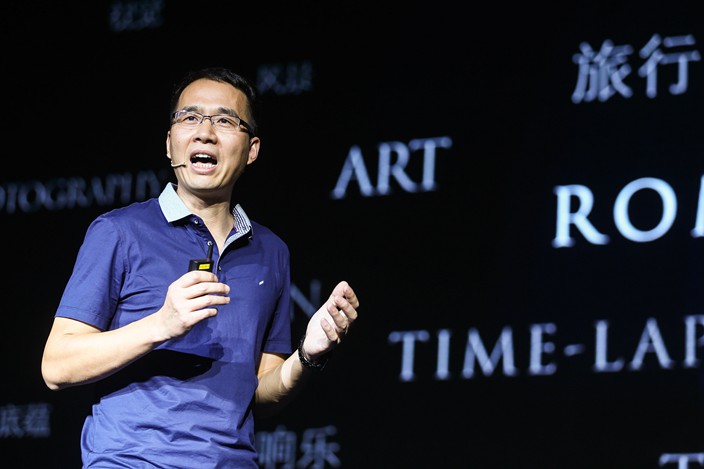 ZTE was once a major player in the global smartphone market, but has in recent years fallen off its perch amid fierce competition.

ZTE Corp. has announced its mobile devices business is getting a new leader, as the beleaguered telecom-equipment maker looks to regain its former foothold in the global smartphone market.

Company veteran Ni Fei will be appointed president of mobile devices and take charge of the business, the company said in a statement on Tuesday.

ZTE was once a major player in the global smartphone market, but has in recent years fallen off its perch amid fierce competition. In early 2014, the company’s phones gained massive attention after one of its handsets, the Nubia Z5 Mini, was pictured in the hands of China’s “first lady” Peng Liyuan while she accompanied President Xi Jinping on a trip to Europe.

In 2012, ZTE had about a 4% share of the global smartphone market, but that had fallen to less than 1% last year, according to industry tracker IDC. In 2019, the company’s global shipments of Nubia-branded phones plummeted by 68% to just 838,000 units, while the performance of its ZTE-branded phones fared better – dropping by 30% to 7.37 million, according to IDC.

Ni, who joined ZTE in 2001, played a role in the establishment of the Nubia brand in 2012 and led the design of several flagship Nubia models. Nubia is ZTE’s premium brand and operates independently under the company’s subsidiary Nubia Technology Co. Ltd., of which Ni was appointed president last May. According to the Tuesday statement, Ni will retain his role as the president of Nubia.

ZTE’s slumping market share has been due in part to stringent sanctions placed on the company by the U.S. government in early 2018, when it was put on an economic blacklist that mostly barred it from doing business with U.S. companies. The company later reached a deal with the U.S. in which it agreed to pay a $1 billion fine and put down another $400 million as a guarantee against potential future violations.

ZTE said the popularization of 5G mobile networks will present it with an opportunity to win back the hearts of its customers. “Moving forward, Ni Fei will lead the team to grasp the medium-term and long-term opportunities of 5G and IoT (the Internet of Things), to address the changes and challenges in global terminal markets,” ZTE said in the Tuesday statement.

Still, industry experts are skeptical of ZTE’s ability to make a comeback any time soon as its domestic competitors loom large in the smartphone market. “Globally it’s tough, as Oppo, Vivo and Xiaomi are aggressively penetrating the markets. Domestically, Huawei is strong in China,” said Will Wong, a smartphone sector analyst at IDC.