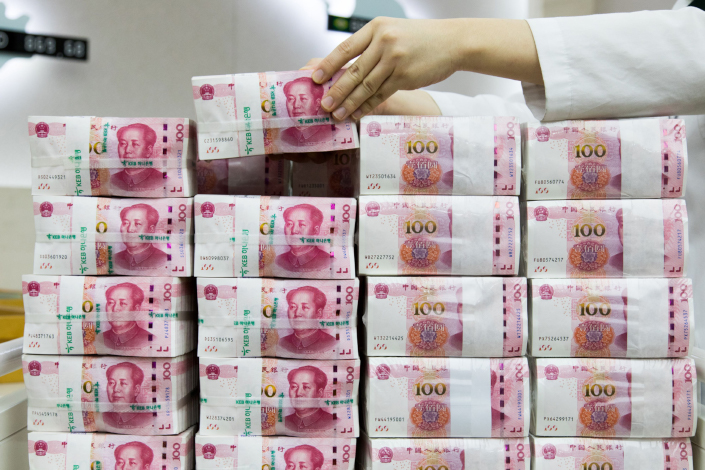 (Bloomberg) — China’s cabinet signaled that the central bank will act to make more liquidity available to banks so they can lend more, including by cutting the amount of money they have to keep in reserve.

The People’s Bank of China is trying to bring down borrowing costs across the economy to aid the recovery from the coronavirus slump in the first quarter, without engaging in large-scale debt stimulus seen elsewhere. That stance has however contributed to rising bond yields and concerns that market and monetary conditions are tightening.

“An RRR cut is likely to come shortly, perhaps even this weekend,” according to Lu Ting, chief China economist at Nomura Holdings Inc. in Hong Kong. “The policy strategy to squeeze banks might be positive for markets and economy first, but could backfire later if non-performing loans rise too fast and the government has to come to rescue banks on a large scale.”

The central bank injected a net 40 billion yuan in short-term funds into money markets Thursday and cut interest rates on some of the loans. The cost of 14-day repos was lowered by 20 basis points to 2.35%, following a similar reduction earlier this year in the 7-day tenor.

The yield on China’s 10-year government bonds dropped for the first time in four days due to the PBOC’s actions, sliding 4 basis points to 2.85%. The yield jumped to the highest level since February on Wednesday, amid concerns that massive issuance of special sovereign notes in the coming weeks may mop up interbank liquidity. The offshore yuan extended losses following the rate cut, down 0.12% to 7.0845 per dollar at 9:28 a.m. in Shanghai.

The government “will continue to guide lending and bond interest rates down, give out loans with preferential interest rates, defer payment of principal and interest on loans to medium-sized, small and micro enterprises, support the issuance of unsecured loans for SMEs, and reduce bank charges,” according to the CCTV statement.

The reserve ratio currently stands at 11% for large banks, with lower requirements for smaller lenders.