In Depth: How a Chinese Miner Lost the Rights to a Pacific Island Gold Mine 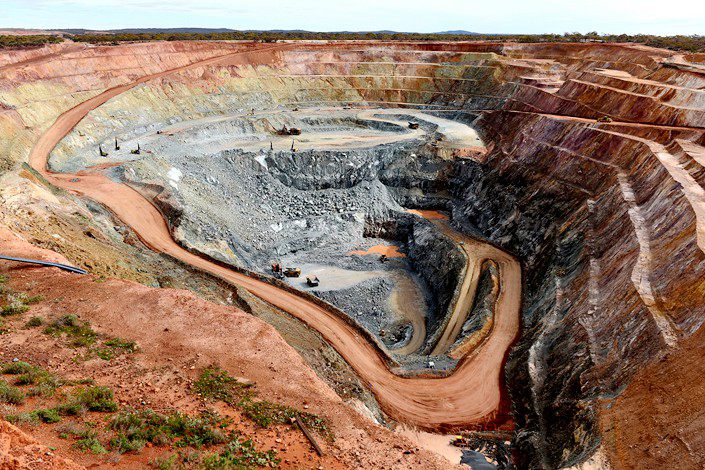 A dispute over mining rights in the Pacific island nation of Papua New Guinea (PNG) has seen one of China’s biggest mining companies accelerate a spending spree that has left it saddled with debt, and facing a potential downgrade by the three major ratings firms.

Zijin Mining Group Co. Ltd. has splashed more than $1.3 billion on projects at home and abroad since April 24, when the PNG government surprised it and its Canadian joint-venture partner Barrick Gold Corp. by refusing to renew the lease on their mine in Porgera, in the country’s northwest.

PNG cited environmental and social issues that independent experts have backed, and the nation appears to have been within its rights, given the lease expired last year. But the move has been linked to changing political winds in the country, and drawn an angry response from the operators who had expected the lease to be renewed, with Barrick describing it as “tantamount to nationalisation.”

Meanwhile Zijin’s president Chen Jinghe raised the specter of geopolitical strife in a letter to the leader of PNG that asked him to consider the impact that a collapse in talks could have on the country’s relations with China.

The PNG government has been no less assertive, with Prime Minister James Marape responding to criticism in a Facebook post telling his people to return to the forestry and fishery industries of their forefathers, and threatening to “take over the mine.”

The Canadian gold giant said the venture would exhaust its legal options, and a local court will rule on July 20 whether the government followed due process.

In the meantime, all parties are at loggerheads.

With PNG politics taking what some see as a nationalistic turn, the Marape government may be unwilling or unable to walk back its attempted takeover of the profitable mine, despite lacking the know-how to run it. Meanwhile the multinationals involved will be unlikely to forego their interests out of fear that similar situations could occur elsewhere, further denting their profits.

The history of the mine

For Zijin, which only bought into the mine five years ago, it’s a big hit. The Porgera mine, located in the northern PNG highlands, is one of the world’s 10 largest gold mines, with a probable reserve of 2.3 million ounces, according to Barrick.

In 1990, the PNG government began to allow Canadian miner Placer Dome Inc. to develop and operate the mine under a 30-year Special Mining Lease with a 75% stake. The rights were transferred to Barrick in 2006 when it acquired Placer Dome for $10.4 billion, and it ended up with a 95% share after buying another 20% from shareholder Emperor Mines the next year.

But a 2015 shock to gold prices forced Barrick to sell half of its stake to ease its financial burden. Enter Chinese miner Zijin, which shelled out nearly $300 million for a 47.5% stake. The Chinese operator became Barrick’s joint venture partner, but it only engages in some management and design, with Barrick handling most business operations.

At the time of purchase, there were just four years left on the lease to dig out the precious metal.

BNL applied for a 20-year extension to its Porgera lease in July 2017, two years before it was set to expire. The local government didn’t respond until this April, and the answer was no.

The rejection came as gold prices soared to highs not seen since 2012 amid the economic and political turbulence brought to the world by Covid-19.

An ounce of gold was fetching more than $1,700 this month, up from some $1,500 at the beginning of the year, as people around the world rushed to stock up. The commodity is considered a safe haven against asset depreciation during volatile economic periods.

In financial terms, that made the suspension of Porgera hurt even more, both to the operator and to the PNG government, even though it only owns 5% of the project.

Barrack has warned that employment could be hurt. BNL would have to lay off about 3,600 employees and some 1,500 contractors, who the company said paid about $58 million in tax last year, while the company itself paid $62 million.

The project also supplies about 1.5 megawatts of power to the local community, BNL said.

It also spews chemical waste into local water supplies, according to a 2019 report from Columbia Law School that documented a host of social, environmental and rights concerns associated with the mine.

The provincial government and landowners are predicted to see a loss of $52,000 per day, while the national government will suffer a greater loss of $670,000 each day in direct taxes from Porgera.

Neither side backing down

Complex interests underpin the decision not to renew the mining lease.

When he was sworn in as PNG’s eighth prime minister in May 2019, James Marape said he wanted Papua New Guinea, ranked 109 in the world for GDP, to be “the richest black Christian nation” in the world. Wresting a bigger slice of the Porgera mine’s profit may be part of the picture.

The mining business has made up about 3.8% of the country’s GDP since Porgera began operating, the company that runs it says. Over the past three decades, it paid a total of $1.17 billion in direct taxes to the national government and $190 million in royalties to landowners and the provincial government.

Last year it accounted for 10% of the country’s exports in terms of turnover.

In a Facebook post on April 27 addressed to “all PNG miners,” Marape said PNG was a “robust democracy that honors all agreements to the text and spirit, congruent to our mining act.” But he said Pogera was a “special case” because its lease had expired last year.

“I have my country’s 8 million shareholders ... to look after,” he said, citing the environmental impact of the mine.

He said he would ask Barrick to continue operating Porgera until “mutual obligations are retired.”

“If you sabotage or close the mine,” he warned, “you leave me no choice but to invoke orders to take over the mine for the sake of land owners and provincial government who should be getting bigger equities, plus the employees and contractors who are presently working with the mine.”

Then he had a message for his people. “Go back till your land in agriculture, forestry and fisheries, that’s where our ancestors lived and ruled and our future continues to remain.”

While some view the comments skeptically as part of a play for a larger stake of the mine, the motives are unclear to all but Marape and his circle. What’s certain is that Barrick and Zijin, which mined 21.6% of its total gold production at Porgera last year, will continue to argue they have been denied due process.

“It’s about how the two parties find a balance in splitting their interests,” said Zheng Youcheng, secretary of Zijin’s board of directors.

Analysts said the companies would be unwilling to retreat out of concern other nations will adopt the same approach, taking back mining operations that they have poured in enormous capital to develop.

Barrick was in a dispute with Tanzania back in 2017, when Acacia Mining PLC, a company Barrick owned a 64% stake in, received a $190 billion tax bill from the local government citing legal breaches and understated gold exports. The Canadian company ended up buying up the remaining stake and sharing its economic benefits from mines with the local government on a 50-50 basis in order to settle the dispute.

Similar claims emerged in the latest clash between Barrick and PNG. In a June 5 statement, the Mineral Resources Authority of PNG accused BNL of planning to illegally export gold and silver worth $13 million, and said it would take it to criminal proceedings against the joint venture.

BNL denied the claims and said it was “unfortunate” that the authority took this step right after a PNG court agreed to hear claims that the government had not followed due process in denying its application for a lease extension.

In a sign it may lack the fighting spirit of its joint venture partner, Zijin seems pessimistic about the future prospects of Porgera. It has picked up the pace to acquire more gold mines at home and abroad to minimize the impact that losing the mine would have on its gold production this year.

Since its operations at Porgera were suspended, Zijin has announced a string of acquisitions and production expansion projects. It kicked off the 1 billion yuan ($141 million) Longnan Zijin mining and processing project at the Liba Gold Mine with a capacity of 10,000 tons per day It also pledged to invest $382 million in upgrading infrastructure in its Norton Gold Fields in Western Australia.

The Chinese miner plans to acquire Guyana Goldfields Inc., which owns the Aurora gold mine in the South American nation of Guyana, for $238 million in cash. That would add 69.7 tons of proven and probable gold to the miner’s assets. And it further shelled out $550 million for a 50.1% share in Tibet Julong Copper Co. Ltd., which has copper deposits with combined volume of 7.95 million tons.

The aggressive shopping spree has caused the company to rapidly accumulate debt, triggering all three major rating firms — Moody’s, S&P and Fitch, to downgrade their outlook for Zijin on concerns about the company's acquisition strategy and future performance in the short term.

“Fitch assesses that Zijin's appetite for resource expansion and aggressive acquisition strategy have led to unpredictable changes in the company’s business profile and volatile financial metrics in the near term,” the ratings firms said in a report published Tuesday.