By Wang Shanshan and Han Wei 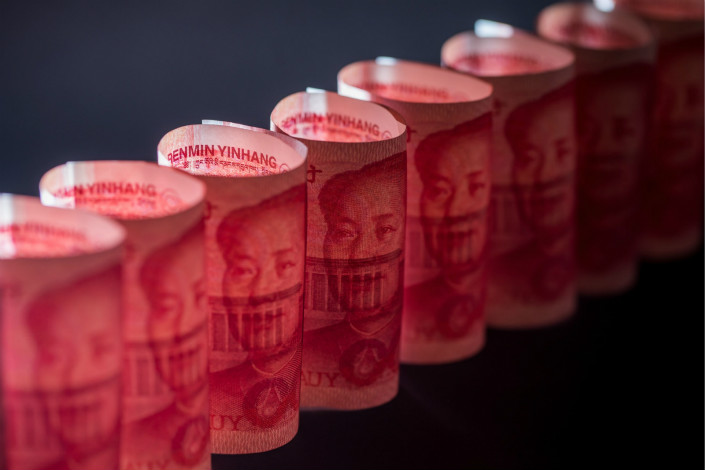 Police in Beijing and Shanghai detained 10 people on allegations of illegally raising billions of yuan through investment fund products backed by a web of closely held companies disguised as state owned, sources close to the matter told Caixin.

The individuals, detained in May, include legal representatives and senior executives of several companies affiliated with China Railway Supply Chain Group and Zhongtie Zhongji Construction Group, Caixin learned. Among them, a businessman called Cen Peng, sits at the heart of a web of companies that provided guarantees for each other in fundraising, business registration records showed.

China Railway Supply Chain and Zhongtie Zhongji Construction are among many private businesses that pretend to be state-backed with misleading names or false information to lure investors. Such fake SOEs often confuse investors with an opaque ownership structure that conceals their actual controlling owners, analysts said.

According to registration rules on the Chinese mainland, companies that are controlled by domestic private investors can’t put the Chinese characters “Zhong Guo” or “Zhong Hua,” which means China, in their names if they’re not approved by the State Council. In practice, some companies use only one of these key characters — be it “Zhong,” “Guo” or “Hua” — in their names, and choose names similar to those often used to refer to SOEs in hopes of achieving a better reputation or raising funds more easily, analysts said.

However, public business registration records show that neither of the companies is connected to China State Railway. Zhongtie Zhongji Construction is controlled through layers of shareholding by a little known public institution —a rural education development body that organizes out-of-school education in rural areas, business records showed. The latest updated registration document showed that the company is ultimately controlled by an individual called Xu Xiaoqing.

Investors plowed money into the products under the belief that the companies are linked to major state-owned enterprises (SOEs). Under the assumption that SOEs will always be bailed out by the government, investors in China are often inclined to pour money into products backed by such companies.

Two of the fund managers of the products — Shanghai Zhou Shi Asset Management Co. Ltd. and Shanghai TanShi Capital Management Co. Ltd. — issued separate statements on social media accounts June 16 saying that some of their investment products are under investigation by regulators because of delayed repayment, without giving details.

Shanghai TanShi has 25 investment products in registration with the industry regulator while Shanghai Zhou Shi has 14, according to records from the Asset Management Association of China (AMAC), a self-regulatory body for fund management companies.

Both Shanghai Zhou Shi and Shanghai TanShi received warning letters in November from the Shanghai branch of the China Securities Regulatory Commission and have been labeled as having an “abnormal operation” status by the AMAC. Caixin was unable to reach the companies by phone.

Public records showed that both Shanghai TanShi and Shanghai Zhou Shi are controlled by Zhongtie Logistics Group Co. Ltd., a Hong Kong-registered private company linked to China Railway Supply Chain and Zhongtie Zhongji Construction. The businessman Cen served as a director of the board of Zhongtie Logistics until November. He also served as legal representative of Shanghai TanShi and Shanghai Zhou Shi.

Several investors told Caixin that they believe their money, which they thought was invested in SOE-backed projects, flowed into private companies controlled by Cen.