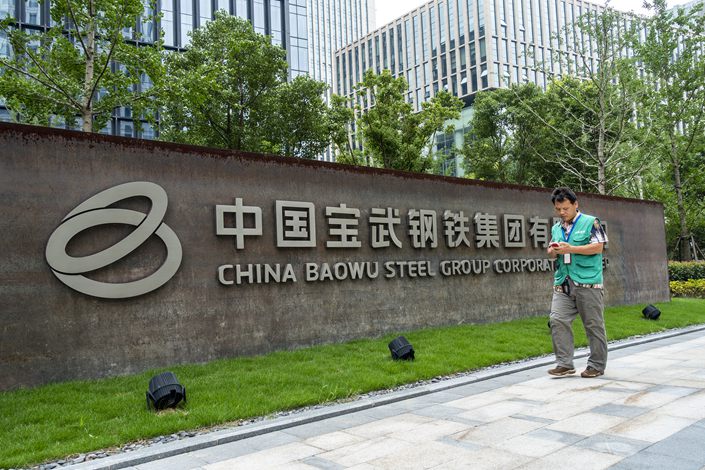 State-owned steel giant Baowu is leading a consortium of steelmakers seeking to revive a long-stalled iron ore project in Guinea, taking over from Chalco as it seeks to secure supply of the main raw material used in steel production.

China Baowu Steel Group Corp. Ltd. is hoping to develop the Simandou iron mine in the West African nation after acquiring shares of the project held by Aluminum Corp. of China (Chalco) in cooperation with other steelmakers, Caixin has learned, although no details of the share purchase have yet been disclosed.

Multiple sources have told Caixin that Baowu is seeking to raise some $6 billion for a fund to develop the mine, persuading other major Chinese steel companies to co-invest in the project. But the fund will only provide a small portion of the money needed, as Baowu estimates getting Simandou up and running could require more than $15 billion all told after factoring in the necessary infrastructure build-out, such as a cross-country railroad and deep-water port.

Mining rights have been split into four blocks, none of which have yet been developed. The first two are owned by SMB-Winning, a consortium backed by Singaporean and Chinese companies. Chalco owns 44.65% of blocks three and four of the project, with Anglo-Australian giant Rio Tinto holding the remainder.

Given the huge investment needed to develop overseas iron mines, teaming up with other miners can help spread risk, Wang Juan, CFO of a Baowu’s listed arm, said in a quarterly earnings call earlier this year.

The move comes after prices of iron ore recovered to pre-coronavirus levels of $90 in May, now hovering at $100 per ton. China imports buys about 68% of the world’s supply of the critical steel ingredient, with over 80% dependence on imports.

The most painful thing for China’s steel industry is the rise in iron ore prices, Baowu Chairman Chen Derong said at an industry association meeting in January. The average production cost for international iron ore miners was around $40 per ton last year, while the purchase price for imported iron ore in China more than doubled to $90 per ton, he said. Chen said he expects the landed cost of Simandou iron ore to settle at around $40 per ton.

A previous version of this story incorrectly stated that Rio Tinto is a Brazilian company. It is Anglo-Australian.