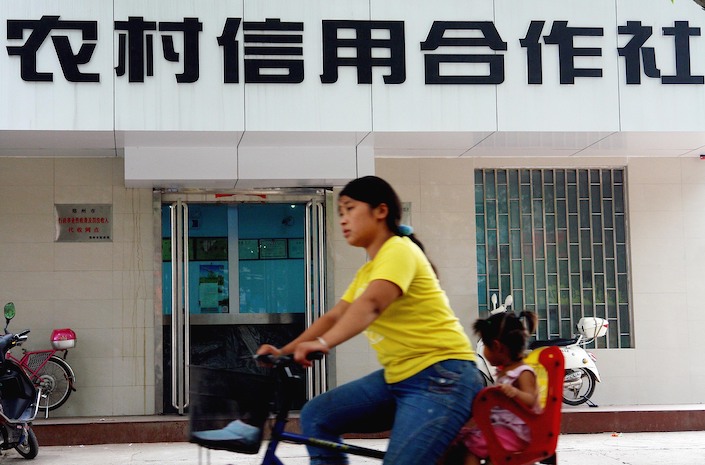 A series of corruption cases involving high-level officials and executives of rural financial institutions in Anhui sent jitters across the province’s rural credit system, which provides the backbone of financial services for people and businesses in the countryside.

Wang Xia, a member of the Communist Party committee at the Anhui Provincial Rural Credit Union, was placed under investigation for “serious violation of party discipline and law,” the state graft buster’s branch in the eastern province said Friday. Wang is the sixth senior figure brought down by the corruption watchdog since April in Anhui’s rural financial system.

Rural financial networks covering the vast countryside with local rural credit unions as nexuses were formed in the country’s long-pursued revamp to modernize rural financial institutions. But the scattered systems, many of which lie in remote regions, have long been a weak point for regulatory oversight. Since 2015, several high-profile corruption cases have been exposed involving rural financial officials, including an extensive graft web surrounding provincial rural credit unions in Yunnan and Henan.

The Anhui Provincial Rural Credit Union, established in 2004 through a restructuring of the local rural credit cooperative, is the umbrella that coordinates and provides services to 83 financial institutions in rural Anhui. It also supervises their practices under the guidance of the China Banking and Insurance Regulatory Commission.

“All the cases are probably linked to each other, but the Provincial Rural Credit Union hasn’t yet provided any detail,” said a vice president of a rural bank in Anhui. He said operation of his bank hasn't been affected.

Wang joined the Provincial Rural Credit Union in early 2018 while simultaneously serving as the chairman of Fuyang Yingdong Rural Commercial Bank. She was named the first chairman of the bank when it was restructured from Yingdong rural credit cooperative in 2011. Wang stepped down from leadership of the Yingdong bank in May 2019.

In a report issued in March following a regulator inspection by the provincial government’s disciplinary agency, the Provincial Rural Credit Union was cited for 14 flaws including lack of risk control and proper supervision of institutions under its umbrella, lagging in reform efforts and inadequate oversight of shareholders buying rural commercial banks in restructuring.