By Zhao Ning and Flynn Murphy 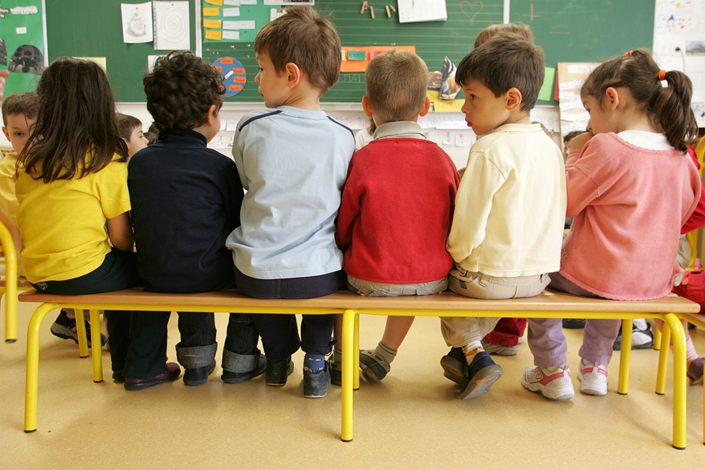 Overpriced and underdelivering, multiple education companies are being questioned by the Shenzhen and Shanghai Stock Exchanges over irregularities in their financial reports.

They jumped into the education business while it was hot.

But now, a string of listed so-called “crossover” companies that went from making concrete and white goods to providing preschool education services are facing scrutiny from Chinese bourses over performance issues and financial irregularities.

By Caixin’s count, since May at least five companies that entered China’s booming education business from disparate fields in the last decade have received inquiries from the Shenzhen and Shanghai stock exchanges.

In China, stock exchanges regularly send out such inquiries to companies when they spot inconsistencies or identify what looks to be suspicious accounting.

Shenzhen-listed Jiangsu Xiuqiang Glasswork Co. Ltd. was focused on making safety glass and other building materials until it made an incongruous leap into early childhood education in 2015.

The sector has been hit in recent years by two major central government policies that choked the inflow of capital. One, promulgated by the State Council in November 2018, prevents listed companies from investing in for-profit kindergartens though stock market financing, and prevents them purchasing profitable kindergartens by issuing shares or paying cash.

Xiuqiang began to divest from the industry, and in mid-2019 it sold its four wholly owned preschool businesses to a company called Guangzhou Xinxing Investment Development Co. Ltd. for 280 million yuan ($39.6 million).

But Xinxing was jointly controlled by the actual controllers of Xiuqiang Glasswork — Chairman and General Manager Lu Xiuqiang, and Director Lu Xiuzhen.

Was it, as some analysts speculate, an attempt to take Xiuqiang’s failing kindergarten businesses off the company’s balance sheets? That’s likely what the Shenzhen Stock Exchange is now investigating, after it issued inquiries to Xiuqiang on May 10, demanding to know whether its buyer had the ability to pay the formidable price and asking for an update on the deal’s status.

Xiuqiang said Xinxing had paid 56.1 million yuan in July, in accordance with the agreed payment schedule, and was in communication with financial institutions to pay the rest on schedule. But due to tight capital flows, investors needed to be aware of investment risks, it said. For Xiuqiang Glasswork’s part, it said it made the sale due to uncertainties in the preschool industry.

Huanyu Wanwei creates software and platforms for preschool education, and its “Wisdom Tree” project has entered into a partnership with Alibaba Cloud aimed at using big data to assist the education of small children.

Huanyu Wanwei was hemorrhaging money even before the coronavirus epidemic struck, and the bourse asked Wuxi Hodgen to give investors a clear account of its performance over the past three years.

Meanwhile Ziguang Xueda has been asked to answer questions related to a large amount of prepayments made to one of its programs, and to explain a large increase in construction activity. The company’s revenue in the first quarter of 2020 decreased 20.94% to around 600 million yuan, and its net profit swung heavily to a loss.

Shanghai Xinnanyang Only Education & Technology Co. Ltd. does precision manufacturing, education and training. It was the first Chinese education business to achieve a backdoor listing on the A-share market, and now has 302 education centers in Shanghai and overseas.

The company has been asked by the Shanghai Stock Exchange to explain why it provided a loan of 113 million yuan to Hong Kong-based investment firm Sailing Capital to support its Astrum Education project, which operates schools in the U.K., without disclosing any details of the creditors’ rights.

The Astrum project has been plagued by low enrollment and suffered losses for several consecutive years. The exchange asked Only Education to explain its failure to account for the loan.