By Ingrid Luan and Wang Zili 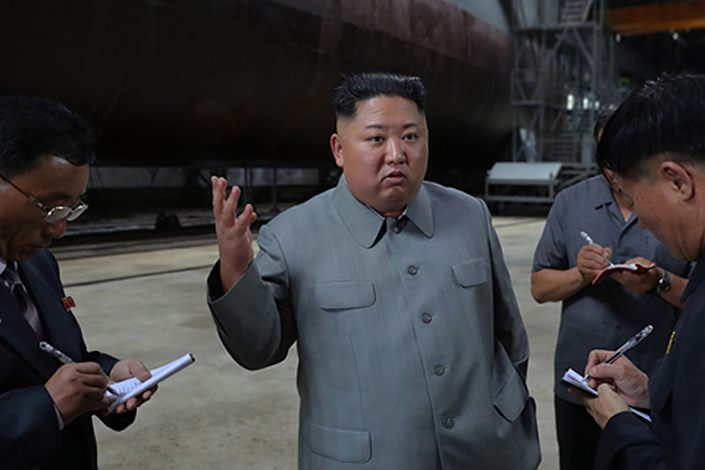 The North’s Central Military Commission made the decision during a video conference presided over by leader Kim Jong Un on Tuesday after it “took stock of the prevailing situation,” Korean Central News Agency (KCNA) reported, without elaborating.

The surprise move followed a build-up of anti-Seoul rhetoric and provocative threats from Pyongyang.

The nuclear-armed country blew up an inter-Korean liaison office in anger at Seoul’s failure to stop defectors from distributing propaganda leaflets across the border, and on June 16 it threatened to send troops into the area.

After the suspension announcement, North Korea was later seen to be removing propaganda loudspeakers it had installed in the DMZ on Sunday to retaliate against the leaflet campaign from the South, South Korea’s Yonhap News Agency reported, citing military sources.

The North Korean leader’s sister, Kim Yo Jong, had warned of retaliatory military action against South Korea on June 13, saying, “I feel it is high time to surely break with the South Korean authorities.”

Her warning came after the North announced earlier this month that it was cutting off all communication lines to the South, including any between the two leaders.

Pyongyang’s halt to military action was announced just one day before the 70th anniversary of the outbreak of the Korean War.

South Korean Defense Minister Jeong Kyeong-doo and U.S. Secretary of Defense Mark Esper urged the North in a joint statement to “meet its commitments in alignment with agreements” such as 2018’s Singapore Summit Joint Statement.

"Seven decades later, the U.S.-ROK Alliance remains the linchpin for security, stability, and prosperity on the Korean Peninsula and in the Northeast Asia region," the joint statement said.

But Pyongyang said the leaflet campaign launched by defectors and activists in the South violated the declaration it made in 2018 agreeing to “stop all hostile acts including loud-speaker broadcasting and scattering of leaflets” along the shared border.

Kim Yong Chol, vice chairman of Pyongyang’s central committee, said in a statement published by KCNA on Wednesday after the suspension that Seoul should realize that “self-control is the key to tiding over the crisis,” and detente could only be ensured by the efforts and patience of both sides.

Kim also criticized the South Korean defense minister’s remarks that the North’s military action plan must be withdrawn, not just suspended. “It is too foolish and inappropriate (an) attempt,” he said.