EU May Open Borders to Chinese Travelers if Beijing Reciprocates 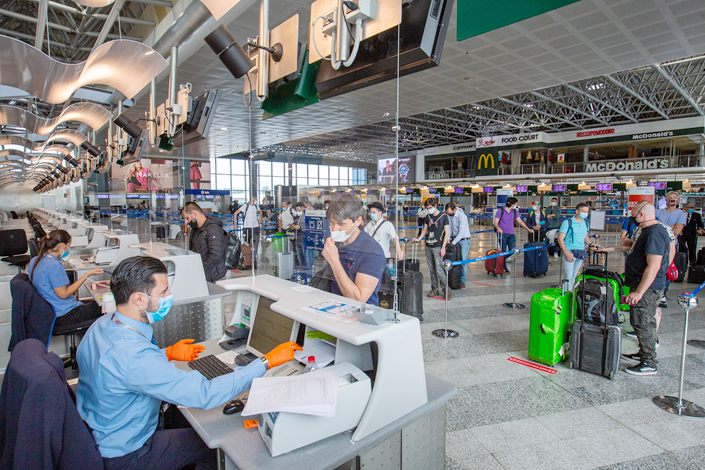 The European Union may grant access to visitors from China on the condition that Beijing reciprocates, according to the latest plan proposed by senior EU diplomats Saturday, as the bloc works towards gradually lifting border restrictions after months of lockdown.

Brussels is also ready to bar travelers from dozens of other countries due to concerns over their handling of the virus, according to media reports.

Those measures are part of a draft plan which includes a “safe countries” list as a guide for the 27 member states to reopen their borders, although the final decision will remain in the hands of national governments.

Croatia, which currently holds the rotating EU presidency, “hopes to put this matter to a vote on Monday,” although “there is no visibility on where this will go,” one source told Agence France-Presse.

The list would be updated every two weeks based on how well the countries contain the epidemic. Countries will be judged on at least three criteria: countries should have infection rates below or similar to the EU average, have containment measures during travel, and lift travel restrictions towards the bloc in turn.

Restrictions would remain in place for countries where the coronavirus still rages. Russia, Brazil and the United States are considered too risky by EU bureaucrats, and travelers from the three countries will remain barred from entering the EU, at least in the short term.

EU Commissioner for Home Affairs Ylva Johansson said “While we will all have to remain careful, the time has come to make concrete preparations for lifting restrictions with countries whose health situation is similar to the EU’s and for resuming visa operations.”

The European Commission on June 11 recommended its member states gradually remove the “temporary restriction on non-essential travel into the EU” from July 1 as infections in the continent subside, three months after it closed external borders to halt the spread of the coronavirus.

The European Commission had also suggested lifting internal border controls of the Schengen Area by June 15 before reopening to the world. But the proposal has not gone as planned, according to Reuters.

The coronavirus has killed 502,000 and infected 10.1 million around the world, according to the latest tally by Johns Hopkins University.