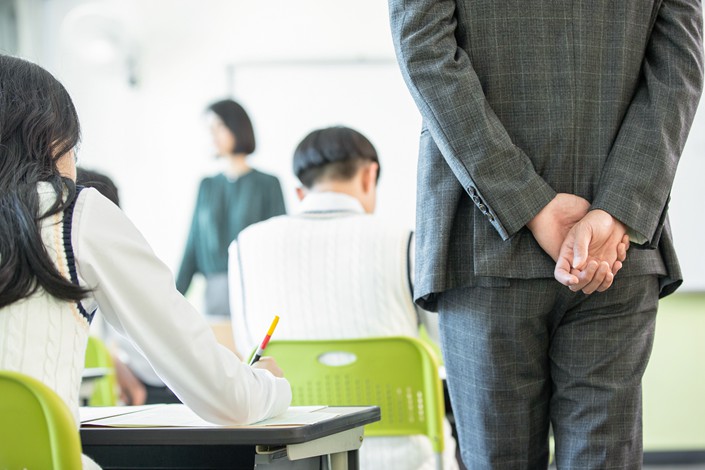 Guo Guosong is a former senior reporter at the Southern Weekly and executive editor of the Legal Weekly. This article was an edited version of its original publication on Caixin’s Chinese website.

East China’s Shandong province appears to have earned a new reputation as a home to impostors who steal others’ identities to gain access to higher education.

In late June, Gou Jing, a daughter of a rural family in the city of Jining, revealed that her place at college was twice stolen by impostors in 1997 and 1998.

She was among the top students in her class, but received faked college entrance exam results, which led to her missing her chance to go to college. She was surprised to find out years later that someone else, using her name and identity, had taken her college admission spot and lived the life that was supposed to be hers.

Gou’s is only one of more than 240 such cases that have been found in Shandong, according to investigations conducted by the provincial government. Handling these scandals poses a great challenge to the relevant local government agencies.

As this news appeared, I recalled a similar case that I covered as a reporter with the Southern Weekly in 2001. On an August evening, I invited one of my old friends, Huang Songyou, for a cup of tea in Beijing. He was then head of the Civil Law Tribunal of China’s Supreme People’s Court. He later became a vice president of the top court in 2002.

I asked him if there was any important judicial news. He said: “Yes, actually there is.” Then he introduced me to the special case of Qi Yulin, whose identity was also stolen by another person for college admission.

Qi and her impostor, Chen Xiaoqi, were students at the No. 8 Junior High School in Tengzhou, Shandong. In 1990, after the entrance examination, Qi was qualified to go to a technical secondary school in Jining.

But when the No. 8 Junior High School received Qi’s admission letter from the college, it didn’t give it to her. Instead, it went to Chen, who failed the entrance examination. Chen’s father managed to prepare a set of fake ID documents for his daughter. Using Qi Yulin’s name, Chen went to the college, graduated and worked at a Bank of China branch in Tengzhou.

Nine years later, this case was exposed and Qi sued Chen for using her name and taking away her right to education.

However, the Zaozhuang Intermediate People’s Court, which handled this case, could only rule on the identity theft and rejected the other claim regarding the right to education.

At that time, Chinese citizens’ right to receive education was only written into the country’s constitution, not in any other laws and regulations, and China doesn’t have a constitutional court to handle those kinds of cases.

So Qi appealed to the High People’s Court of Shandong to again claim her right to education. The court further sent a request to the Supreme People’s Court for judicial interpretation.

Finally, the supreme court said that the right to an education, protected in China’s constitution, should be applied to this case.

Upon receiving the judicial interpretation from the top court, the high court quickly ruled that Chen Xiaoqi and her father were guilty of violating Qi’s rights.

Huang Songyou, who told me this story during our chat that August evening, gave me permission to cite him as a source and to report on this case.

After my story went live, it drew huge attention in the legal field. And we thought we could do more. So we invited several renowned legal experts, including Jiang Ping, a professor at the China University of Political Science and Law, for a roundtable discussion. They were apparently excited about this historic case and were looking forward to the future of constitutional litigation in China.

However, as Huang was disciplined for corruption and removed from his court office in 2008, this came to naught.