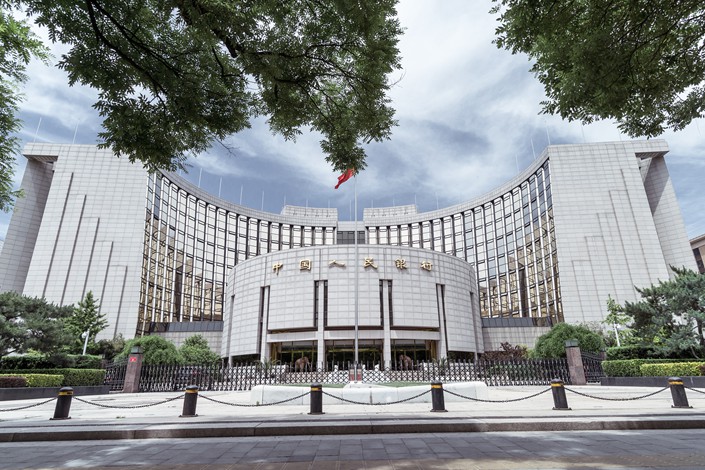 The People’s Bank of China will cut the rediscount and relending rates by 25 basis points starting July 1.

China’s central bank will cut the rediscount rate by 25 basis points starting July 1, the first such reduction in a decade, Caixin learned from multiple sources, in a move to reduce funding costs for smaller businesses and rural sectors.

The People’s Bank of China (PBOC) will also lower the relending rate by 25 basis points, or a quarter of a percentage point, the second reduction this year after a cut of 25 basis points in late February.

After the reductions, the three-month relending rate for small businesses and rural sectors will be lowered to 1.95%, the six-month rate to 2.15% and the one-year rate to 2.25%. The rediscount rate will be slashed to 2%.

The moves follow speculation that the central bank might consider tightening monetary policy after a series of easing measures to revive an economy ravaged by the Covid-19 coronavirus pandemic, including reserve requirement cuts and targeted lending support for virus-hit businesses.

Rediscount is granted to all financial institutions for as long as six months. Through the rediscount window, the central bank accepts loans and other bank obligations as collateral at a rediscount rate as a means of directly providing funding to banks.

The central bank will also cut the relending rate related to financial stability by 50 basis points, or half of a percentage point, to 1.75%. Financial stability relending is a special form of refinancing that reflects the “lender of last resort” function of the central bank. It provides liquidity support to financial institutions in crisis and is generally guaranteed by local governments’ fiscal revenue.

As China’s economy continues its gradual recovery from the economic fallout of the Covid-19 pandemic and as major indicators show improvement in investment, consumption and industrial output, some analysts predicted the PBOC would begin tightening monetary policy.

The central bank said June 15 that it would keep the medium-term lending facility (MLF) rate at 2.95% and inject 200 billion yuan ($28.2 billion) into the financial system. Ming Ming, vice director of Citic Securities’ research center, said the move was a clear signal of the PBOC’s intention to tighten monetary policy as the central bank plans to support the economy with more targeted measures and a greater focus on easing credit requirements for the real economy.

At a financial forum earlier this month, PBOC Governor Yi Gang and Guo Shuqing, chairman of the banking and insurance regulator, both mentioned that the central bank should consider in advance the appropriate timing of an exit from massive easing measures that were rolled out in response to the coronavirus pandemic.

A “timely exit” from easing monetary policy does not mean a “slam on the brakes” to tighten monetary policy, scholar Yu Chuxin said in an opinion article published on Caixin.