China to End All Imports of Solid Waste From Next Year

By Matthew Walsh and Yang Rui 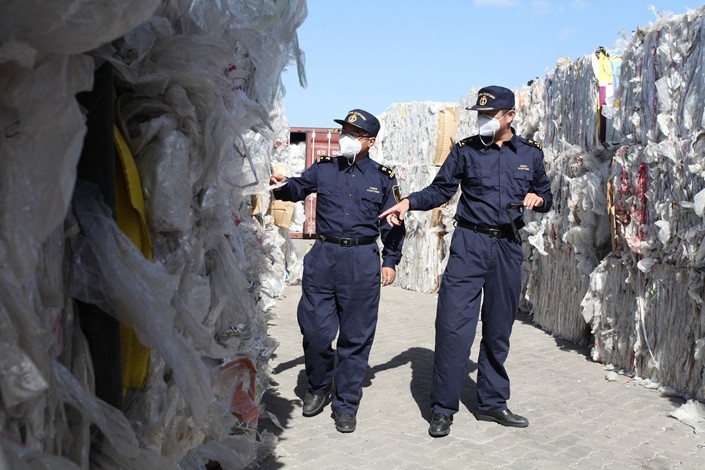 China will end all imports of solid waste from next year, the environment ministry said Tuesday.

The ban rounds off years of tightening curbs on imported trash after spending decades as the world’s largest processor of recyclables.

The move is “a landmark decision in the construction of China’s ecological civilization,” Ministry of Ecology and Environment spokesperson Liu Youbin said (link in Chinese) at a regular press conference.

From 2021, the country will stop accepting and approving solid waste import applications from overseas, he said.

China began importing large quantities of plastics, paper, metals, textiles and other waste in the 1980s to plug shortages of raw materials.

By 2016, the East Asian nation accounted for nearly half of the world’s solid waste imports, much of which came from developed countries like the United States and Japan.

But environmental pollution and an unwanted reputation as a global dumping ground prompted the government to clamp down on the practice. The policy, known as “National Sword,” fueled a more than 99% year-on-year decline in scrap plastic imports between 2017 and 2018, according to government statistics.

China has since lengthened its list of banned overseas trash, outlawing dozens of categories of imported waste including slag, timber and stainless steel.

An amended version of the country’s law on preventing solid waste pollution poised to take effect on Sept. 1 says freighters and importers that bring illegal trash into the country will face fines of between 500,000 yuan ($64,309) and 5 million yuan, significantly more than they face currently.

China imported 3.2 million tons of solid waste between January and May, a reduction of 45.3% from last year, Liu said at the conference.

The government will continue with the planned winding down of imported scrap metals and other materials during the second half of the year, he added.

When it came into force two years ago, Beijing’s foreign garbage ban triggered crises in several export-dependent recycling markets, fueling waste pileups in countries including the U.S. and Australia.