Opinion: Hainan Will Be Its Own Thing, Not Another Hong Kong

By Cheng Shi and Qian Zhijun 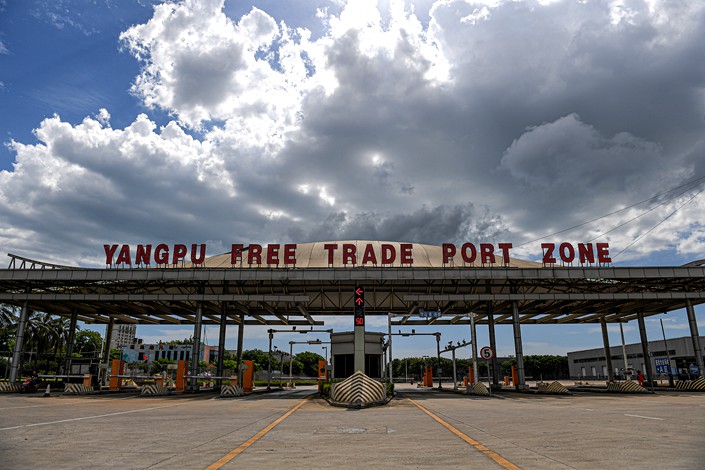 Since China released a master plan for the Hainan free trade port on June 1, the similarities and differences between Hainan and Hong Kong have become a topic of conversation.

Hainan will not become a second Hong Kong, but will rather be a unique model for the rest of the mainland. We believe that in the overall context of China’s reform and opening-up, Hainan and Hong Kong will assume distinctive strategic functions with their own characteristics in four aspects.

First, in terms of functions, Hong Kong is currently the sixth-largest international financial hub in the world, focusing on connecting trade and capital flows at home and abroad. But Hainan is expected to grow into a port of a free flow of factors, guiding the global agglomeration, allocation and integration of productive factors such as materials, capital, personnel, technology and data.

Second, in terms of industrial structure, trade, finance, real estate, tourism and services now constitute the main pillars of Hong Kong’s economy, while that of Hainan will be more “solid” and “new,” focusing on developing high-tech industries on the basis of tourism and modern service industries.

While proactively embracing the new wave of global technology revolution, Hainan is also expected to gain first-mover advantages in the industrial internet of things (IIoT), DCEP (China’s central bank digital currency) and other areas of industrial upgrading in the country.

Third, in terms of the overall roles, Hong Kong provides channels for global capital to invest in the Chinese mainland with its status as an international financial center and access to convenient tools such as the Bond Connect, whereas Hainan is expected to attract international capital to take root in Hainan and integrate directly into the great cycle of China’s real economy in the future.

Fourth, Hong Kong will maintain its unique competitive advantages and development path based on the policy of “one country, two systems.” Hainan, by contrast, will be consistent with the mainland in terms of its basic system, which helps give full play to its function as a “testing ground.” Moreover, Hainan’s innovations will reflect more Chinese characteristics and will be more easily adoptable by the rest of the Chinese mainland, thus promoting the high-level opening-up of China from “exception” to “routine.”

But despite these differences, Hainan still has two similarities with Hong Kong — their institutional designs and spirit, laying a multi-dimensional foundation for in-depth cooperation between the pair.

On the one hand, Hainan is expected to be on a par with Hong Kong in terms of free trade, free investment, free cross-border capital flows and low tax rates by upgrading to a “free trade port” from a “free trade zone.”

On the other hand, the goal of developing the Hainan port cannot be achieved overnight. Instead, it has been divided into three progressive and gradual stages, which also resembles the path that Hong Kong took to develop its pro-business environment.

Furthermore, Hainan and Hong Kong share similar core values. It is the pioneering and perseverant “Lion Rock Spirit” that helped Hong Kong grows into an international financial hub from a frontier fishing village. Hainan is also likely to breed a spirit of “Five Finger Mountain” in future, which consists of 1) inclusive atmosphere; 2) rational cognition; 3) self-liberation and 4) self-discipline. In this way, Hainan’s spirit will echo that of Hong Long, and thus build a culture in favor of deeper cooperation between the two places.

In the future, Hainan and Hong Kong are projected to work together for a win-win and become the core strategic fulcrum for China’s high-level opening-up.

The long-term relationship between the two can be boiled down to three themes.

One is “complementary.” The highly developed financial market in Hong Kong will provide sufficient capital, professional strategic investors and diversified financial instruments for high-tech industries in Hainan, while Hainan will feed Hong Kong in turn with superior investment targets and financial assets to strengthen the core pillars of Hong Kong’s financial system.

Hong Kong’s world-leading service industry and educational resources will also offer a pool of highly skilled talent to Hainan’s tourism, consumer spending and modern service industries, where Hainan will give back to Hong Kong’s younger generation with a broad development space.

The second theme is “echoing.” In the midst of rising protectionism around the world, Hong Kong and Hainan will serve as a key strategic fulcrum for China, grabbing multiple strategic initiatives for its economy. It will help China actively participate in the reshaping of the global industrial chain and boost its position in it through high-tech industries, digital economy and fintech.

On the other hand, the tax-free shopping benefits in both places can be used as a springboard to lure back demand of overseas consumption and support China in upgrading from a single supply chain center to a dual hub of global “supply-demand” chains.

With Hainan as a starting point, a new model of openness and development is expected to extend to the hinterland of China, which will enable the country’s opening-up to progress from part to whole, and from policy to culture.