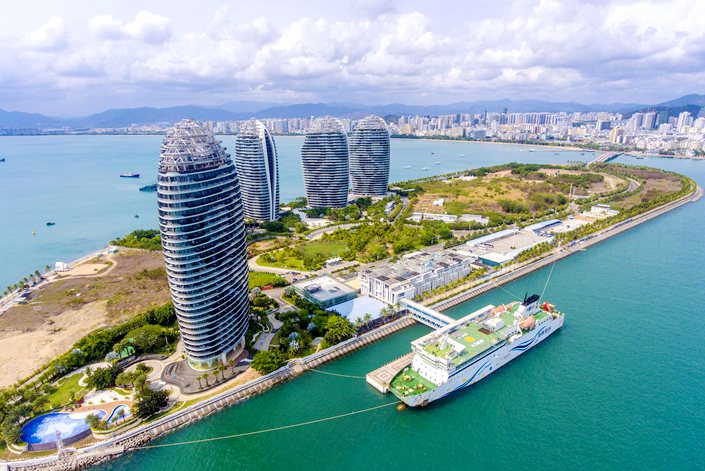 The provincial government will also be given more autonomy to formulate laws and regulations based on the reality of Hainan’s free trade port construction, according to the plan.

China’s strategy to transform the southern island province of Hainan into a world-class free trade port (FTP) got a boost on Monday when the government released a master plan (link in Chinese) to develop the region over the next 15 years and make it an “internationally influential, high-level” port by 2050.

The blueprint includes 60 key measures including market-opening measures, tax breaks and softer regulation that will make foreign trade and investment easier, boost the island’s position as a transport and logistics hub, and attract a range of industries such as financial services, technology, education, and medical tourism as well as shipping and logistics. The aim is to turn the province into the “frontline” of the country’s integration into the global economic system, according to the plan, which was jointly issued by the Communist Party Central Committee and the State Council and reported by the official Xinhua News Agency.

Building the Hainan free trade port is of vital importance for pursuing an open economy, deepening market-based reform and improving the business environment, as well as a strategic choice for advancing high-quality development and concrete action to support economic globalization and building a community of shared future for the humanity, the plan said, according to Xinhua. The FTP system has the full backing of President Xi Jinping, who designed, arranged and promoted it, Xinhua said, citing the document.

Xi first announced the decision by the Communist Party to build Hainan into an FTP in April 2018 at a ceremony to mark the 30th anniversary of the establishment of the Hainan Special Economic Zone. In October 2018, a pilot free trade zone was established as the first step in the process of building an FTP system by 2025. In August 2019 the government expanded the pilot to other underdeveloped provinces to bolster local economies and beef up trade ties with neighboring countries.

In a sign of the political and strategic importance of the FTP, Xi issued an official instruction accompanying the master plan, in which he said that building the Hainan FTP “is a matter of great importance in the progress of China’s reform and opening up in the new era.” He urged the Hainan government to act boldly and proactively to accomplish the goal of laying a solid foundation for the construction of the Hainan free trade port, while central authorities should support Hainan’s daring reforms and innovation.

An FTP, in general, is much broader than a free trade zone, which normally only covers trade in goods. It allows more freedom for investment, offshore finance and trade, employment and business operations. Wang Yang, a former vice premier, has described (link in Chinese) it as a “special economic area with the highest level of openness in the world.”

The measures outlined in the Hainan master plan include a range of tax breaks, including a cap on income tax rates for certain individuals and companies at 15%; exemptions from import, value-added and consumption taxes for enterprises in some sectors; a tripling of the limit on duty-free purchases by individuals to 100,000 yuan ($14,000) per year.

There are also measures to facilitate cross-border capital flows. In banking, checks on authenticity of cross-border transactions will be carried out after they have been made rather than before, and the scope of cross-border asset transfers will be extended. Companies listed overseas will be able to handle foreign exchange registration directly at banks. Overseas brokerages, fund managers and hedge funds will be encouraged to set up wholly owned or jointly owned companies in Hainan.

To develop Hainan into a global logistics center, the master plan proposes several measures. Yangpu Port along the northwest coast of Hainan will be built into an international port of registry, which means foreign ships will be able to record their details there, be subject to the FTP’s laws and taxes, and fly the Chinese flag. The measures also plan to build Hainan into an international aviation hub and will expand air traffic rights including the Fifth Freedom of the Air, the right for an airline to stop in a country other than its own and pick up and drop off traffic before continuing on to another destination. Hainan will also be encouraged to pilot the Seventh Freedom, which covers the right of an airline to operate services between two countries outside its home country.

In terms of fundraising, Hainan’s provincial government will be allowed to issue bonds on international markets and the quota for special-purpose government bonds for the province will be increased in order to support infrastructure construction.

The provincial government will also be given more autonomy to formulate laws and regulations based on the reality of Hainan’s free trade port construction, according to the plan.

A previous version of this story misstated the goal of transforming Hainan into a free trade port. The goal is to turn the province into the “frontline” of the country’s integration into the global economic system.