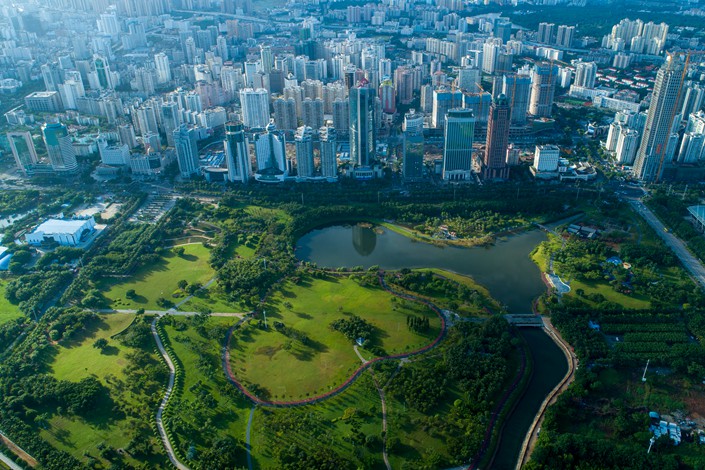 *Horse racing and gambling, two sectors that generated a lot of interest when they were mentioned in an April document on the province's development, were not included in the new guideline

(Beijing) — China has approved the establishment of a pilot free trade zone in the southern province of Hainan, in a first step to develop a major free trade port complex and the tourism sector on the island, according to a guideline (link in Chinese) issued by the State Council on Tuesday.

Located on an island known for its sandy beaches and status as one of China’s first areas for economic reform experimentation, the pilot zone’s formation would be the first step before an eventual transformation to a full-fledged free trade zone (FTZ) by 2020, the central government said in the newly released document.

The guideline’s publication came six months after Chinese President Xi Jinping announced a comprehensive plan to turn the island, a bit larger than the U.S. state of Maryland and home to 9 million people, into a mature free trade port by 2035, according to the plan.

The Hainan free trade zone is the 12th such zone in China and the largest in size, following the establishment of the first such zone in Shanghai in 2013 as part of Beijing’s efforts to continue reforming the economy.

The Hainan zone will focus on the international tourism, modern service, and advanced technology industries, according to the guideline document. Foreign investors in the zone will also be allowed to hold up to 50% of companies providing virtual private network (VPN) services, which are typically used to bypass Beijing’s blockage of internet sites containing content considered sensitive.

The guideline also pointed out the government can offer 15-day visa-free entry into Hainan for foreign tourist cruises, extending a plan that began in May when Hainan began granting visa-free stays to travelers from 59 countries.

“The visa-free entry is easy to implement and will help boost the local tourism industry,” said Huo Jianguo, vice chairman at the China Society for World Trade Organization Studies. “The tourism sector will directly benefit from this policy, and the health care industry might be the second industry to gain from the setting up of the pilot free trade zone.”

As the island’s service industries develop, the government may roll out additional policies allowing visa-free entry and promoting more employment opportunities for foreign business professionals, said Liu Enzhuan, a professor at the Tianjin University of Finance and Economics.

One thing not covered in the guideline was horse racing or gambling services, sectors that drew attention when they were listed in the previous April notice as potential areas for development. Such services are currently illegal on the Chinese mainland, though they are permitted in the special administrative regions of Hong Kong and Macau, both former European colonies. Hainan said in May that it had begun to choose which agencies would regulate horse-racing and sports lotteries on the island.

“Even though the gaming sector wasn’t listed in the guideline, it doesn’t mean they won’t do it,” said Huo. “It’s all about the timing. Perhaps when the overall environment (in Hainan) grows mature enough in the future, the related policies of (the gaming industry) will be introduced.”

China’s ambition for Hainan goes far beyond just a free trade zone. Hainan was made a special economic zone in 1988 and has since seen tourism become a big chunk of its economy. From 2010 to 2017, it received 570 million visits, with tourism sector revenue averaging 16.1% year-on-year growth in recent years.

The guideline’s release sparked a rally for some Hainan-related stocks on Wednesday. HNA Innovation rose by its daily limit of 10.11%, while HNA Investment’s stock price also rose by its 10.04% limit. Both firms are units of HNA Group, one of China’s largest private conglomerates and parent of Hainan Airlines, which is based on the island.