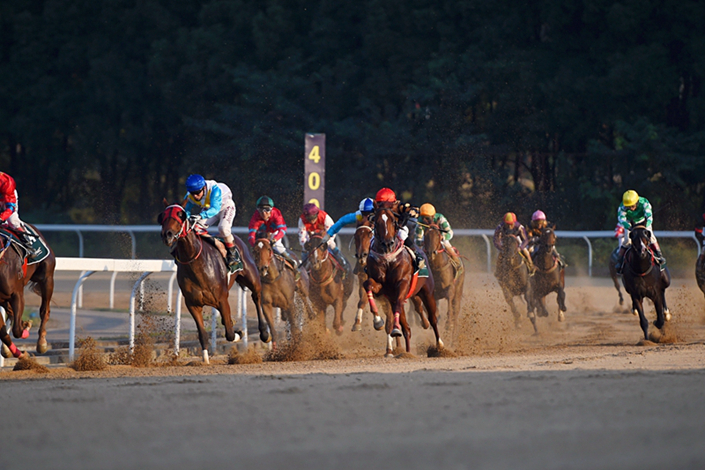 Hainan said it has begun to choose which agencies will regulate horse-racing and sports lotteries on the island, as the authorities move to implement the most attention-grabbing aspect of a recently announced reform plan.

The province’s Department of Culture, Radio, Television, Publication and Sports has been charged with developing racetracks and related tourism and commercial facilities, according to official media outlet China News, which cited official documents issued at a press conference over the weekend.

Lotteries for domestic and international sporting events will be overseen jointly by the department and the local finance bureau. These departments will together take responsibility for drafting rules to cover investment in those industries.

Despite the scanty details provided so far, a central government document released in April that said the island should develop horse-racing and sports lotteries to diversify its tourism-led economy has generated a lot of hype.

On April 16, two days after the document was released, Hainan Ruize, a local company that produced building materials, announced it would team up with a partner based in Xinjiang to build horse-themed villages, a horse museum and equestrian sports facilities in the city of Sanya.

Luoniushan, a Shenzhen-listed local company involved in the animal husbandry and agriculture industry, said later that it had reached an agreement with a Guangzhou-based horse-racing firm to build a 29 billion yuan ($4.55 billion) horse theme park, sending its stock price into the atmosphere and inviting skepticism from the bourse.

The state-run Sports and Welfare lotteries are the only legal forms of gambling on the Chinese mainland. Both were designed as ways to pool money for charitable causes while giving individuals an opportunity to test their luck.

As the hype builds, the province has temporarily suspended the registration of any new horse-racing businesses, according to official news services.

A well-developed horse-racing industry is the basis for the legalization of gambling, said Chang Wei, former director of the equestrian department at the State General Administration of Sports, adding that although the hardware can be built in the short term, building the province’s capability to host competitive racing will take time.

The related workforce still needs to be built up because there are fewer than 10 equestrian clubs on the island, no standardized horse tracks and no sufficiently skilled jockeys, said Liang Long, executive director of the Hainan Teenagers Equestrian Association.