Quick Take: Hainan Unveils Plan to Clean Up Its Water 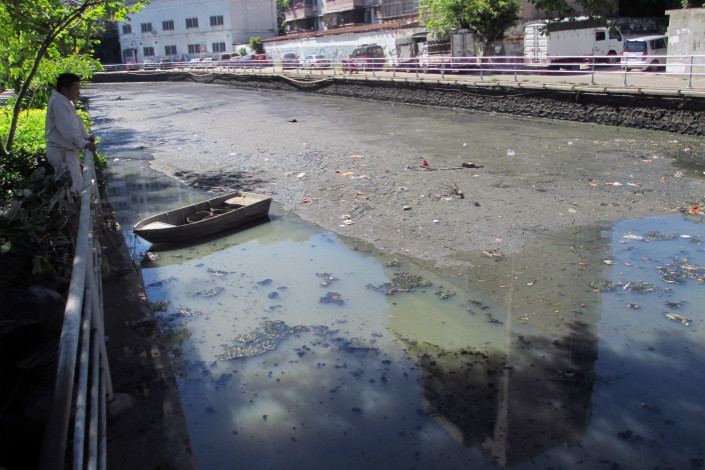 The tropical island of Hainan has announced a plan to clean up its lakes, rivers and bays after the central government announced it would become a testing ground for greater environmental conservation.

Under the three-year campaign, the province’s government will target 126 polluted lakes, rivers and coastal bodies of water to make sure the water quality in the targeted waterways qualifies as “class three” under national surface water standards.

None of the region’s waterways should contain water below “class five” under the standards, according to the clean water plan.

Under China’s national standard for water quality, surface water is rated on a five-class scale.

The first three classes of water can be used for drinking water and for aquatic farming while classes four and five can only be used for industrial manufacturing and agricultural farming.

Hainan now has 10 lakes or rivers and 91 downtown waterways in which the water fails to meet the “class five” national standard, meaning the water is so toxic that it cannot be used for agriculture, the provincial government acknowledged.

This level of pollution exists despite the provincial government spending 5.8 billion yuan ($911 million) to address water pollution since 2015.

The ruling Communist Party announced last month that Hainan will become a free trade zone to facilitate the further reform and opening-up of the world’s second largest economy.

This will allow it to carry out experiments in further economic reform and better environmental protection, as well as becoming a center for international tourism, according to President and Communist Party General Secretary Xi Jinping.