By Pan Che and Peng Yanfeng 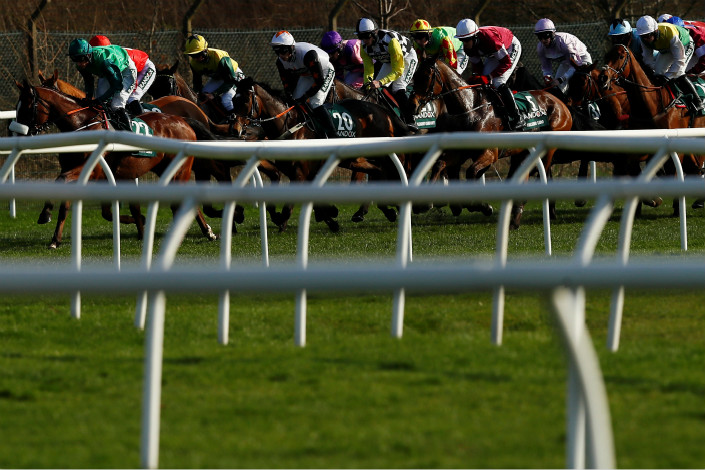 Luoniushan insists that its plan for the $4.56 billion project is feasible, though it admitted that it might be delayed due to funding problems. Photo: VCG

The Shenzhen Stock Exchange is questioning whether a Hainan-province-based company’s plan to create a “horse-racing village” on the island was speculation designed to pump up its share price after news of the project sent its stock soaring for a second straight day.

The company, Luoniushan Co. Ltd., which specializes in agricultural and animal husbandry, on Wednesday disputed concerns over the project’s feasibility, responding that its plan for the 29 billion yuan ($4.55 billion) project was viable, though it acknowledged that the project might be delayed due to insufficient funding.

Luoniushan announced around noon on Wednesday that its wholly owned subsidiary has won provincial approval for a plan to build a horse-racing-themed entertainment village in the southern island province.

The project’s announcement sent Luoniushan’s stock soaring by the exchange’s daily trading limit on Wednesday. At its height that day, the company’s stock was up as much as 10% at 10.10 yuan a share. On Thursday, the stock’s price closed up 10% at 12.02 yuan.

In a notice issued to the company Wednesday, the Shenzhen Stock Exchange raised questions over the project’s feasibility. It demanded that the company disclose the project’s funding sources and provide an assessment on whether it can be completed within three years.

Horse racing has been a hot topic in the domestic capital markets since the central government issued guidelines in April to support Hainan’s sports industry, including horse racing. The government is also encouraging the island province to develop lotteries for international sporting events.

The company said it aims to begin construction in 2018 and complete the project in three years. The 1,235-acre village will have facilities that include a race track, an equestrian center and a horse-racing park. Luoniushan’s 2017 financial report showed that the company has nearly 2,000 acres of land reserves, with large chunks designated as agricultural plots.

The company completed the registration of the investment plan at the end of April, according to records from the province’s economic planning commission.

Luoniushan, one of the oldest companies in Hainan, landed on the Shenzhen Stock Exchange in 1997. Along with agriculture and animal husbandry, it is also in the real estate and education businesses.

Last year, the company’s net profit soared 91.5% to 153 million yuan, according to its 2017 annual report. Its property business accounted for nearly 50% of its 1.29 billion yuan in operating revenue.