Trending in China: Chinese Netizens Tell Indian Prime Minister Modi To ‘Shut The Door On The Way Out’ As He Quits Weibo 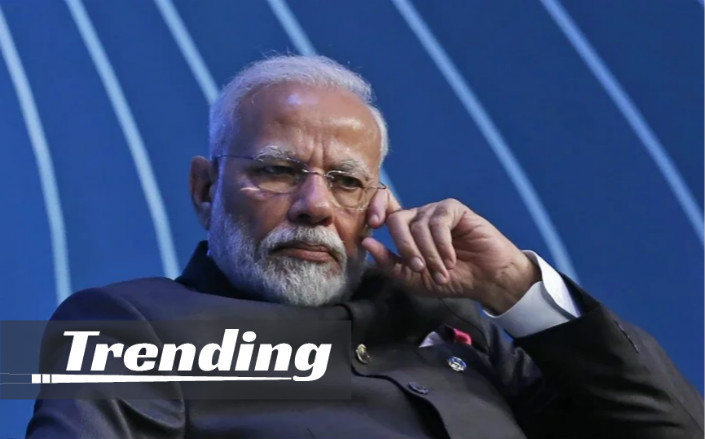 Ten million users on Weibo, China’s equivalent of Twitter, have read the news that Indian prime minister Narendra Modi has dropped his Sina Weibo profile, depriving his 244,000 followers of future posts by the leader. On Thursday, Modi’s profile picture and 115 posts under the ‘Prime Minister Modi’ VIP account were removed, with the account since deleted at the request of the Indian Embassy in Beijing.

As reported by South Asian multimedia site ANI, 113 posts were deleted manually, while the request for the account to be deleted was being processed by Sina Weibo. Prior to the account’s deletion, two images remained on the page, photos of Modi with China’s President Xi, which the Indian side said they could not remove without authorization.

Since joining the Chinese social media platform in 2015, Modi had marked key occasions with Chinese language posts and pictures. His first entry on May 4, 2015 read “Hello China! I’m looking forward to connecting with my Chinese friends on Weibo.” His final post was a traditional Chinese Lunar New Year greeting on Jan. 25 this year. In May 2019, an image of Modi at the foot of the Himalayan glaciers in celebration of his election victory was released on the platform.

Weibo users wonder who is really losing out as the Hindu Nationalist Party leader says a quiet goodbye to his followers at a time of increased tensions after last month’s China-India border dispute. Since the deadly clash, Modi’s Weibo account had come under increasing attack by Chinese netizens. With India’s removal of Weibo and 58 other apps from local app stores on Monday, commentators have discussed the fate of existing Indian Weibo accounts which still seem to be accessible to users.

Some believe Modi should have been a little thicker skinned, comparing his action to that of the U.S. ambassador to China who maintains his Weibo page despite being the subject of longstanding criticism from Chinese netizens. One popular comment was that in the face of growing tensions, India should spit out and hand back the $750-million AIIB loan recently granted to assist the government in responding to the adverse impacts of the Covid-19 pandemic.

A sliding scale of goodbyes from Chinese netizens from deferential to manzou busong, the equivalent of ‘shut the door on your way out’, make up most comments on the news. Several evidenced indifference to India with surprise that Modi had been on Weibo at all, given his lack of posts. “Some people leave and you never even knew they were there,” was one such comment. Another Weibo user was gearing up to make money by selling his account which was registered with the Chinese transliteration of Narendra Modi’s name.

Related: India Ban Could Hit Tiktok's Parent Company to the Tune of 6 Billion