Trending in China: If You Can’t Beat Them, Join Them – Why Tencent is Laughing At Itself 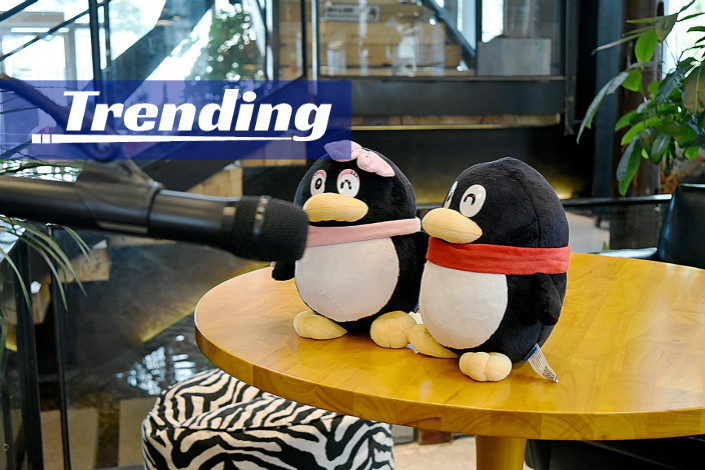 In a bizarre twist of events after internet giant Tencent sued China’s best-known chili sauce brand Lao Gan Ma for unpaid advertising fees that stemmed from a March 2019 contract, police investigations revealed that Tencent was actually scammed by three people impersonating Lao Gan Ma marketing staff. Although Tencent has not issued a formal statement regarding the incident, it has resorted to self-deprecating humor as the best way to handle the public relations fallout across social media platforms.

Tencent’s PR team has turned to self-mockery following the realization that they were swindled by impersonators. The company’s official account on Sina Weibo, China’s biggest social media site, jokingly encouraged netizens to message the account with tips and clues if they suspect a similar fraud in the future. “We’ll offer 1,000 bottles of Lao Gan Ma chili sauce as the reward for helpful tips,” the company wrote.

In an effort to win over netizens’ sympathy, the tech giant also used its logo of a chubby penguin to create a video titled “I’m the clueless penguin that ate fake chili sauce,” which mocks its own naivety. The video and other jokes were published across Tencent’s official accounts on multiple social media platforms, including video streaming site Bilibili and the Quora-style Zhihu.

The fact that three impersonators could fool Tencent has revealed problems in Tencent’s cooperation with commercial partners. Meanwhile, Lao Gan Ma staff claim that they were fully ignorant of the brand’s advertisements imbedded in Tencent games and were never notified of overdue payments before Tencent filed the lawsuit. The case is under further investigation.

Tencent’s PR move seemed to have resonated well with netizens. Amused users flocked to Tencent’s official account on Weibo and commented with puns and memes of penguins, laughing at the easily deceived company.

Jokes aside, some users argue that people should not be distracted from the problems that this case has exposed. While some say that Tencent should conduct thorough background checks of commercial partners, others question why Tencent and the initial court ruling were so hasty to freeze Lao Gan Ma’s 16.24 million yuan’s ($2.3 million) worth of assets without confirming the details of the dispute.