By Ingrid Luan and Li Jiadai 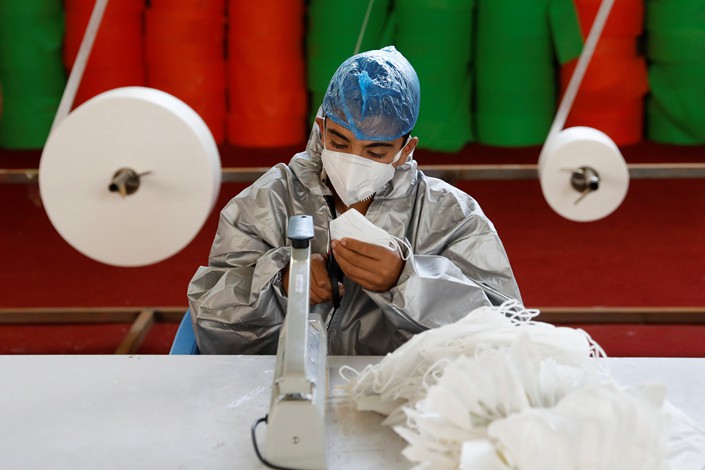 American geographer and best-selling author Jared Diamond said that countries must be “honest and united” in facing global crises such as the Covid-19 pandemic, climate change, resource exhaustion and inequality.

Speaking at an online dialogue hosted by Caixin and the Berggruen Institute Thursday, Diamond also called on world leaders to lead the fight against those crises. “Leaders can play a big role. Different countries have different leaders. Some leaders really take the lead. Some leaders refused to take the lead.”

A professor at the University of California, Los Angeles, the 82-year-old geographer’s best-seller “Guns, Germs and Steel” won the Pulitzer Prize in 1998.

“My hope is that Covid will serve as an example to the world to unite in solving other global problems… [such as] climate change, resource depletion and inequality,” Diamond said.

Dialogue with Jared Diamond on global pandemic and crisis management

When asked to compare the responses of major countries to the epidemic, Diamond said: “China is more unified than either the United States or Europe.”

“You cannot underestimate the level of cooperation of ordinary people in China, in terms of the responses to the coronavirus,” he said, referring to Chinese citizens’ self-isolation during the outbreak.

That cooperation was underpinned by cultural roots that he called the “family-state nexus.”

“I don’t think it can be accomplished merely just by state compulsion [or] state capacity. … The values of collective will be over individual liberties. I think this is the culture still very much alive in today’s China,” he said.

The American author also talked about the role national leaders have played in the public health crisis. “There are some large countries whose leaders are not taking an effective action against Covid,” he said. “People can recognize problems by themselves, and push their leaders to recognize the problem. But also a leader can play a role. I’m afraid that our current leader may not do that.”

In his new book “Upheaval,” Diamond warned about the looming threats to democracy in the United States. “There is no way that China or Mexico can destroy the U.S. Only we Americans can destroy ourselves,” he said.

In the book, the author said the U.S. has to deal with its major issues, including “political polarization, low voter turnout, obstacles to voter registration, inequality, limited socio-economic mobility, and decreasing government investment in public goods.”

During the dialogue, Diamond introduced his approach of using self-help skills for thinking about the crises of countries — an idea that laid the framework for “Upheaval.”

For example, he explained, when facing a personal crisis like a job loss, a broken marriage or a health problem, one must first recognize that there’s something wrong. Nations have to do the same. “We see that today with Covid … there are countries that are refusing to acknowledge the problem of Covid. Of course, that means that it will not be solved,” he said.

To resolve a crisis, countries, like individuals, “have to accept responsibility for doing something” rather than “just blame others,” he said.

“The country has to figure out what in the country is working well and what has to be changed,” Diamond said.

In a personal crisis, one may also seek help from friends who have similar problems. The same is true for countries. “Nations may use other nations as models for solving a problem,” Diamond said.

The professor also expressed concerns about the online age amid the lockdowns caused by the pandemic. “With non-face-to-face communication, you don’t have a live person. You have words on a screen. And it’s easy to be insulting and scornful to words on a screen. That’s much easier than it is to insult the person in front of you.”