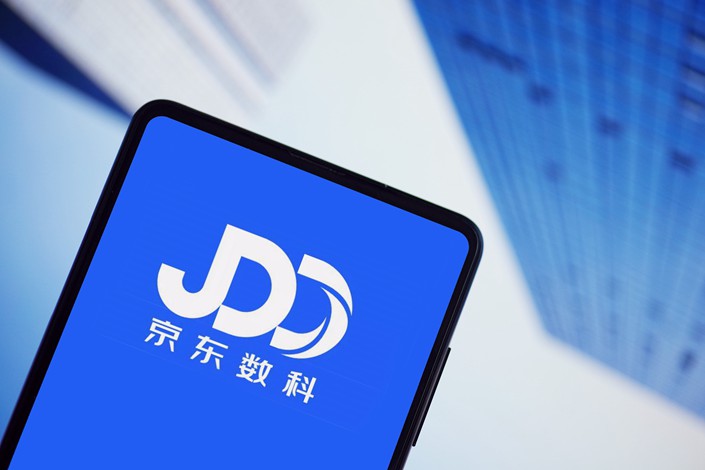 Once known as JD Finance, JD Digits was established in October 2013 and is one of JD.com’s four major units. In June 2017, it was spun off from Nasdaq-listed JD.com.

JD.com Inc.’s fintech affiliate is planning a listing on Shanghai’s STAR Market later this year that will value it at up to 200 billion yuan ($28.3 billion), sources familiar with the matter said.

Formerly known as JD Finance, the company was established in October 2013 and is one of JD.com’s four major units. The other three are retail business JD Retail, logistics unit JD Logistics, and health care business JD Health.

The subsidiary was spun off from Nasdaq-listed JD.com in June 2017 to become a domestic firm with only Chinese investors. The risky nature of the financial business as well as hurdles to obtaining certain financial licenses from Chinese regulators meant it would be a good move for the unit to exit its parent’s variable-interest entity structure, people familiar with JD.com’s management told Caixin at the time.

The company rebranded itself as JD Digits in late 2018 amid an expansion into digital technology. According to its official website, the company currently focuses on five main businesses: digital finance, intelligent cities, “digital agri-husbandry,” digital marketing and digital asset management.

JD.com currently owns 36.8% of JD Digits’ shares, after an investment worth 1.78 billion yuan that came prior to the company signing pre-IPO agreements with brokerages.

JD.com founder Liu Qiangdong, also known as Richard Liu, continues to control JD Digits with 54.7% of the voting rights owned by him and a JD affiliate company registered in his hometown. JD.com itself, on the other hand, has about 18.7% of JD Digits’ voting rights.

In the company’s most recent round of fundraising in July 2016, a bevy of state-owned investors including CICC Capital plowed 13 billion yuan into the company, giving it a valuation of about 133 billion yuan at the time.