Chinese Students May Be Forced to Leave U.S. if Courses Move Online 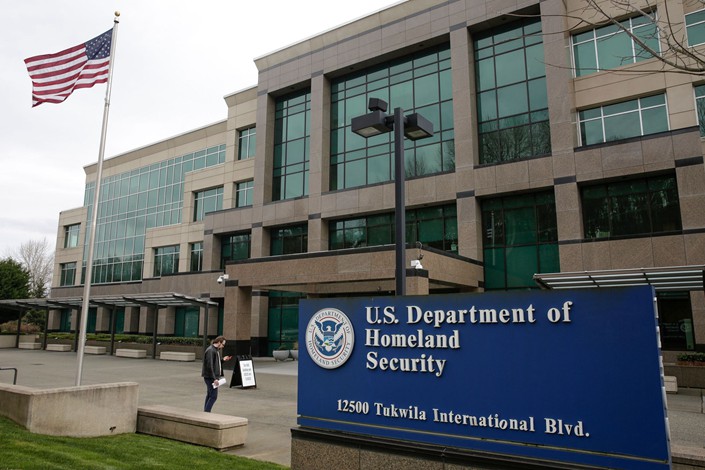 More than 1.1 million foreign students currently hold active visas in the country, according to the U.S. Department of Homeland Security.

Under a new policy announced by the U.S. government on Monday about 370,000 Chinese students could be forced to leave the United States if their universities hold online-only classes this fall due to the spread of Covid-19.

The modification to the Student and Exchange Visitor Program, which affects all international students in the U.S., will however allow them to stay if they transfer to another school with in-person instruction.

Those who violate the rules could face “immigration consequences including, but not limited to, the initiation of removal proceedings,” said the U.S. Immigration and Customs Enforcement (ICE) agency in a press release.

The guidance issued by ICE applies to holders of F-1 and M-1 visas, for academic and vocational students respectively. More than 1.1 million foreign students currently hold active visas in the country, according to the U.S. Department of Homeland Security.

The number of Chinese students affected involves those enrolled in American universities and in 2018 they were estimated to be about 370,000, according to the Institute of International Education.

The move comes as U.S. President Donald Trump pushes for the country to reopen, despite the surge in cases of coronavirus. The U.S. reported Monday nearly 47,000 new cases of Covid-19, with no sign the numbers will improve.

Soon after the new guidelines were announced, President Trump repeated on Twitter that “schools must open in this fall.” He said the Democrats wanted schools to stay closed “for political reasons” not “for health reasons.”

Under the new conditions, students may not “take a full online course load” and “remain in the United States” if their schools operate entirely online in the fall.

Those currently in the U.S. must “depart the country” or “take other measures,” such as “transferring to a school with in-person instruction to remain in lawful status.” Those outside the country will not be issued visas or permitted to enter the country.

As the coronavirus still rages in the U.S., some universities and colleges have planned for full online teaching in the fall semester.

Harvard University announced on Monday, just hours before the ICE guidance was released, that it would conduct course instruction online for the 2020-2021 academic year, including for those living on the campus.

Princeton University also announced Monday that most academic instruction will remain online. Undergraduates will be able to return to campus for only one semester during the 2020-21 academic year.

President Trump has imposed a series of restrictions against immigrants during the pandemic and these have deterred foreign students from applying to American universities.

In June, the administration announced it would suspend certain types of visas for work in America, including H-1B visas for highly-skilled workers, until end of year, reasoning it would help the American labor market weather the Covid-19 pandemic.

The U.S. Department of State has also suspended routine visa services at all U.S. Embassies and Consulates since March 20.

Students from China, Brazil, the EU and other regions cannot enter the United States even if they manage to get a valid visa, as travel restrictions are still in place.