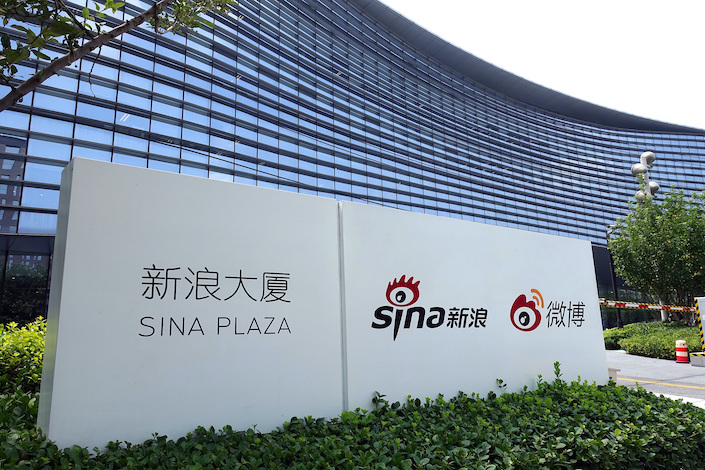 Sina Chairman and CEO Charles Chao proposed to acquire the company for $41 a share.

The preliminary, nonbinding buyout bid came from New Wave MMXV Ltd., a company controlled by Chao, who is also known as Cao Guowei. Sina said its board formed a special committee to evaluate the deal. The company said there can be no assurance that any definitive offer will be made.

New Wave proposed to buy the shares it doesn’t already own for $41 each, or 11.8% above Thursday’s closing price of $36.67. Sina’s shares surged more than 10% Monday to $40.54 on the Nasdaq stock exchange in New York. Sina went public on Nasdaq in 2000 at an initial price of $17 a share. Its Twitter-like microblogging unit Weibo is also listed on Nasdaq. Chao is chairman of both Sina and Weibo.

Chao held 12.4% of Sina as of November 2017, according to a regulatory filing. But under a share subscription agreement between Sina and New Wave in November 2017, Sina issued New Wave 7,150 newly created Class A preference shares with 10,000 votes per share, giving New Wave 55.5% of the Sina voting power, according to the filing.

The movement is picking up steam as U.S. President Donald Trump weighs tighter scrutiny of Chinese companies after a string of accounting scandals including Luckin Coffee Inc.’s financial reporting fraud. The U.S. Senate passed a bill in May that could essentially ban many Chinese companies from listing their shares on U.S. exchanges if they do not comply with certain transparency regulations. The measure is pending a vote in the House of Representatives.