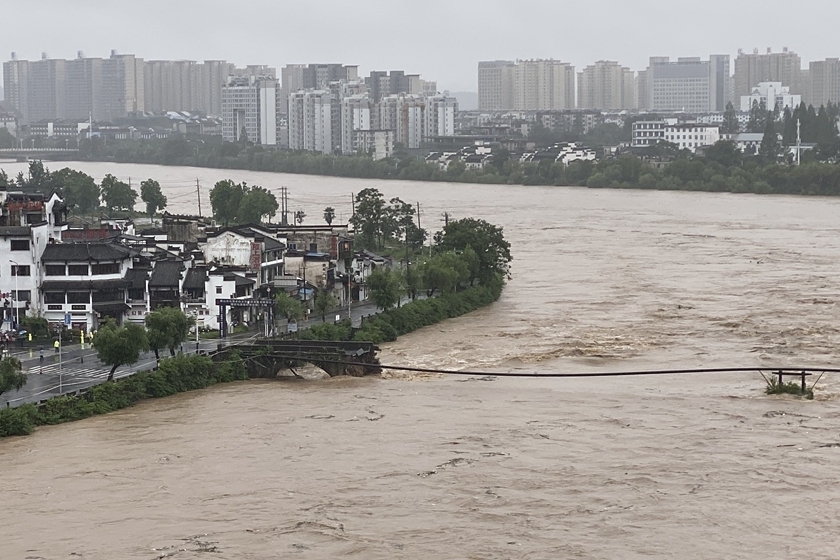 The Zhenhai Bridge, which had stood for more than 480 years in Huangshan, East China’s Anhui province, was swept away Tuesday when the Xinan River flooded. 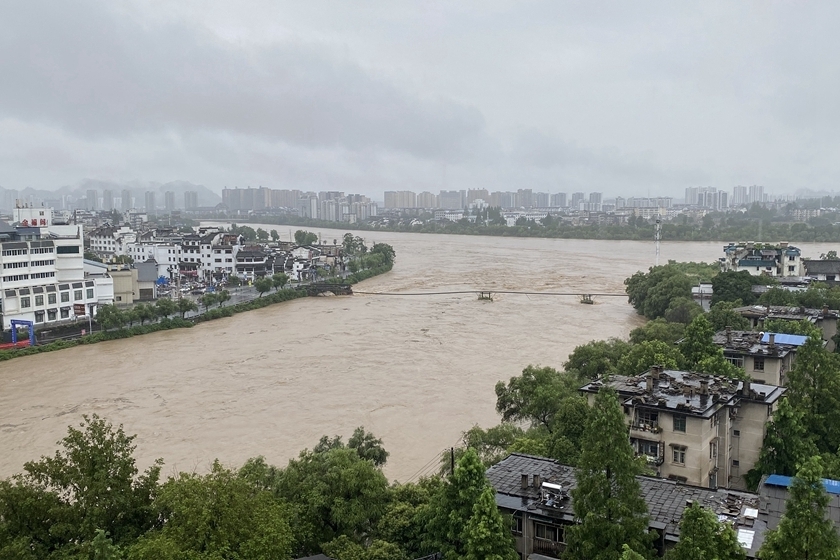 Most of the bridge collapsed in the floodwaters. On Tuesday, the Anhui government raised its emergency flood response from level three to level two, the second-highest. 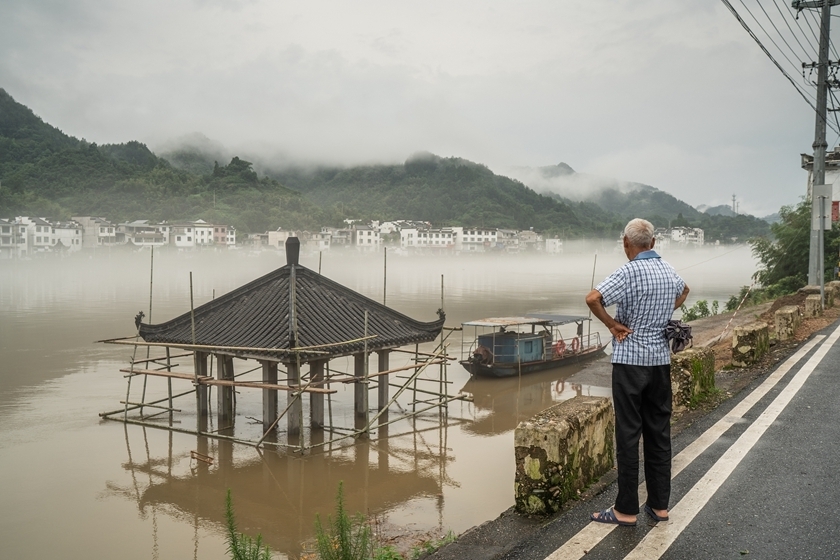 A resident looks toward a partially submerged pavilion Sunday. 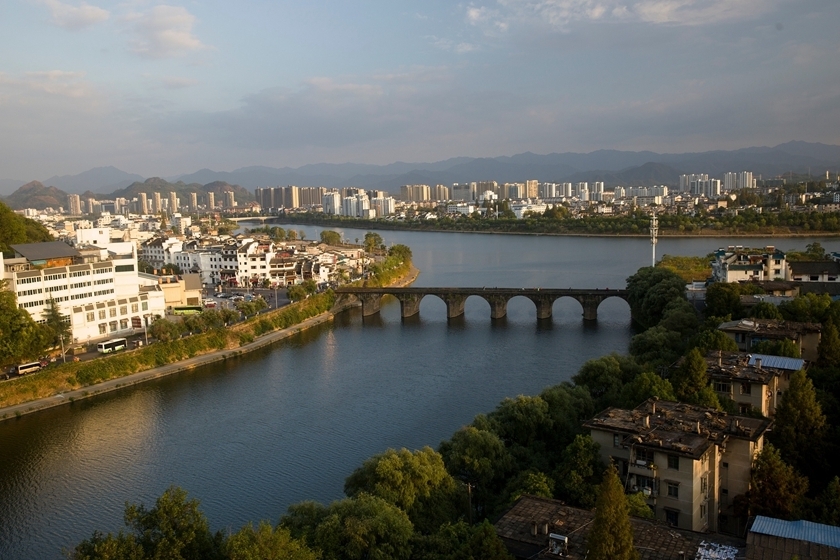 The bridge, first built in 1536, was approved to be a provincial-level cultural relics protection site in 2012. 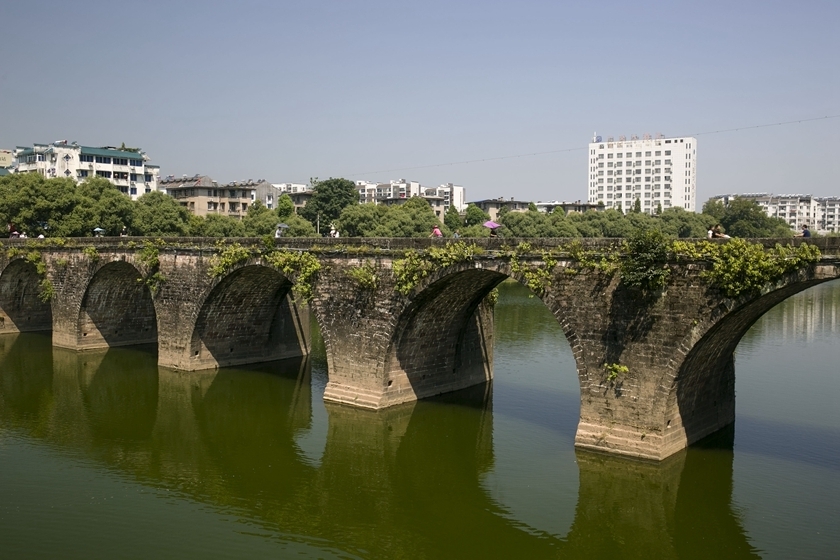 The bridge spans the Xinan river in July 2016. 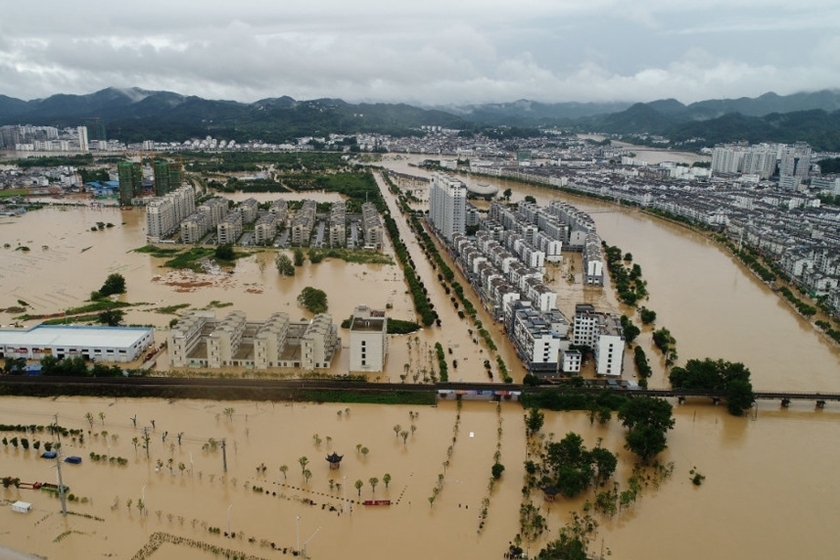 Shexian county in Anhui has experienced its worst flooding in five decades.