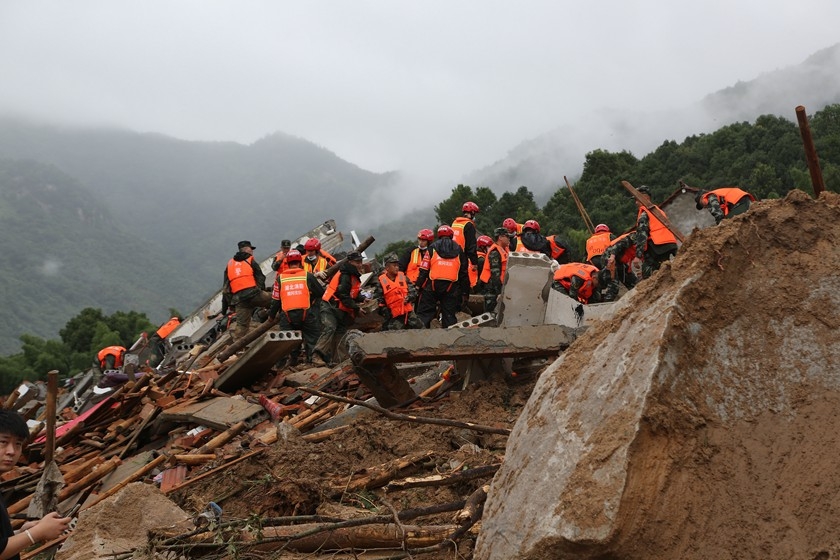 Rescuers remove a villager’s body from the debris left by a landslide that struck a village early Wednesday morning in Huangmei county in Central China’s Hubei province. 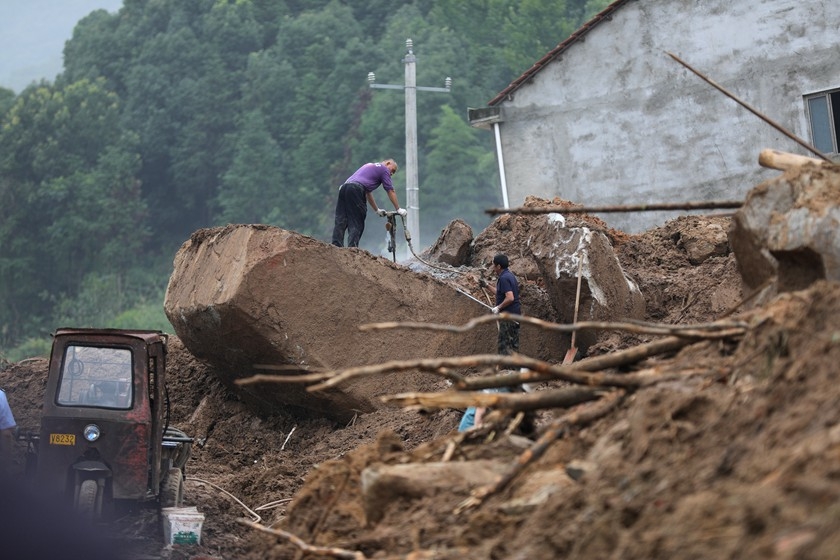 A rescuer works Thursday at the disaster site in Yuanshan village. 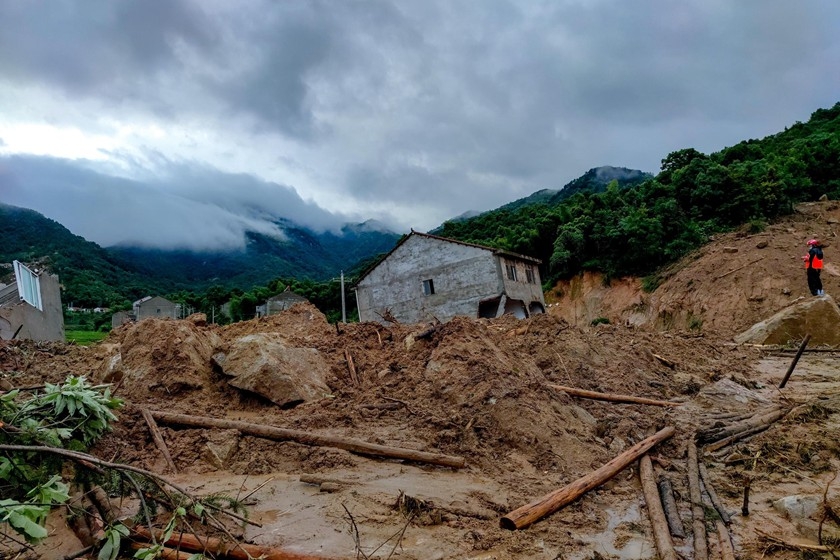 Nine people, including three children, were buried in the landslide. 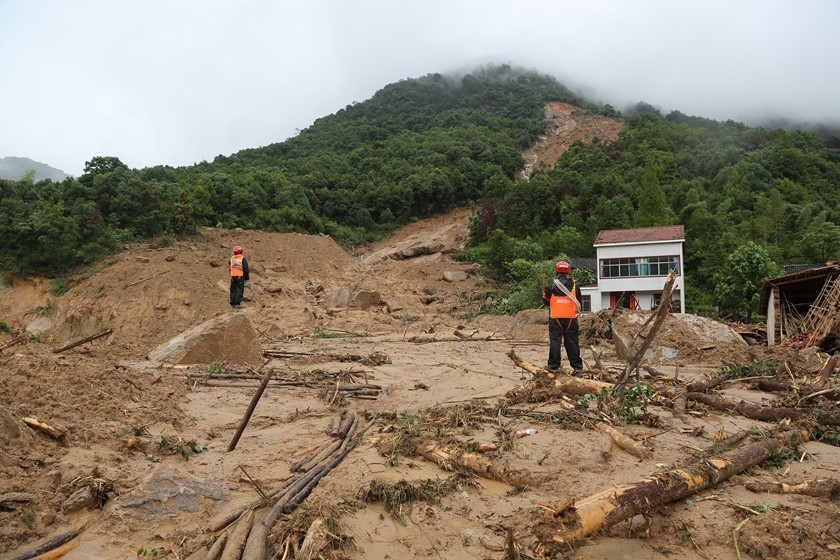 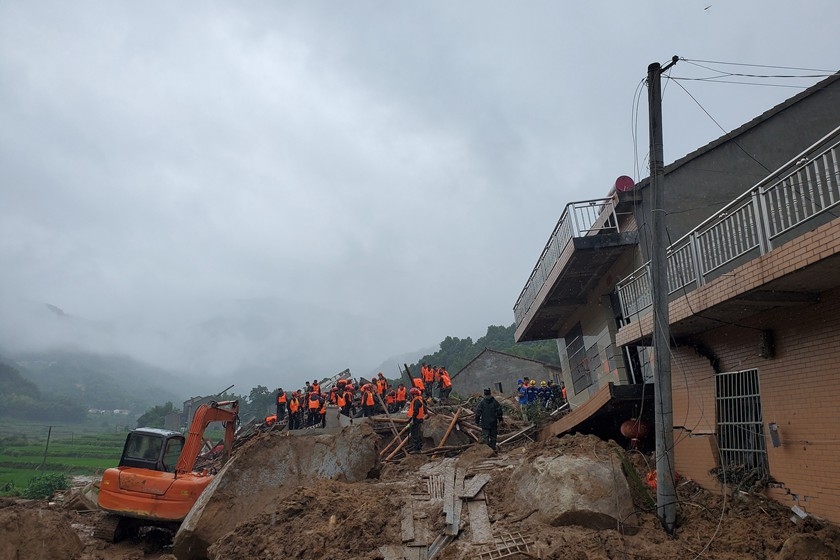 An excavator passes by collapsed homes on Wednesday.